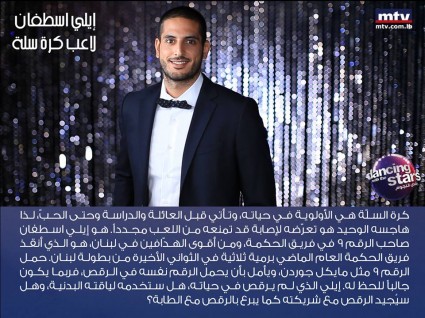 I was checking the participants for this year’s edition of Dancing With The Stars and I noticed Elie Stephan is among them. He’s a pretty good basketball player and a cool guy but If I were him, I’d ask MTV to take out that poster, edit the bio and put it back up.

Two reasons for that:
– In the opening sentence, he’s saying Basketball comes before his family, his education and even his love life??? I’d understand love life and to a certain extent education (Even though it sends out the wrong message) but before the family?? Seriously?