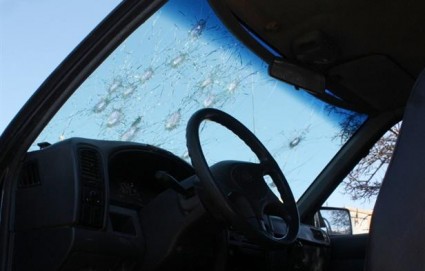 Here are the top 10 most dangerous spots in Lebanon as mentioned by Matt Nash.

I didn’t expect to see “Hospital Emergency Rooms” in that list haha! Unfortunately though, and according to a study conducted in late 2012 by the American University of Beirut, nurses face more workplace violence than security guards in Lebanon. 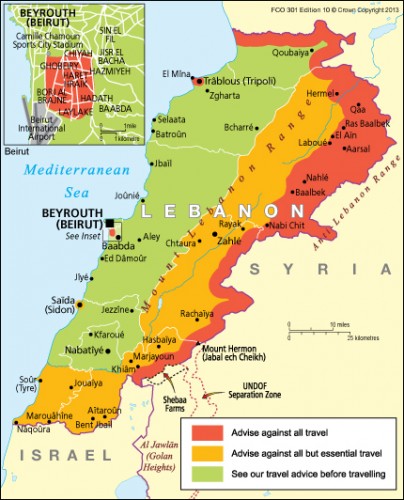 Speaking of dangerous spots, the UK updated its travel warning and no longer advises against all but essential travel to the whole of Lebanon. However the FCO did warn against all travel inside Lebanon to:

– Tripoli
– Palestinian refugee camps
– Within 5km of the Syrian Border
– The Hermel Area, including Arsal, Baalbek
– The Bekaa Valley east of the Baalbek El Hermel High Way to the Syrian border and down to En Nabi Chit
– Southern suburbs in Beirut, defined as: south of the sports stadium to the airport, east of The main airport highway including the neighbourhoods of Ghobeiry, Chuya, Haret, Hraik, Burj Al Brajne, Mraije, Er Rouais and Laylake.
– Bekaa Valley west of the Baalbek El Hermel High Way
– Saida
– South of the Litani River.