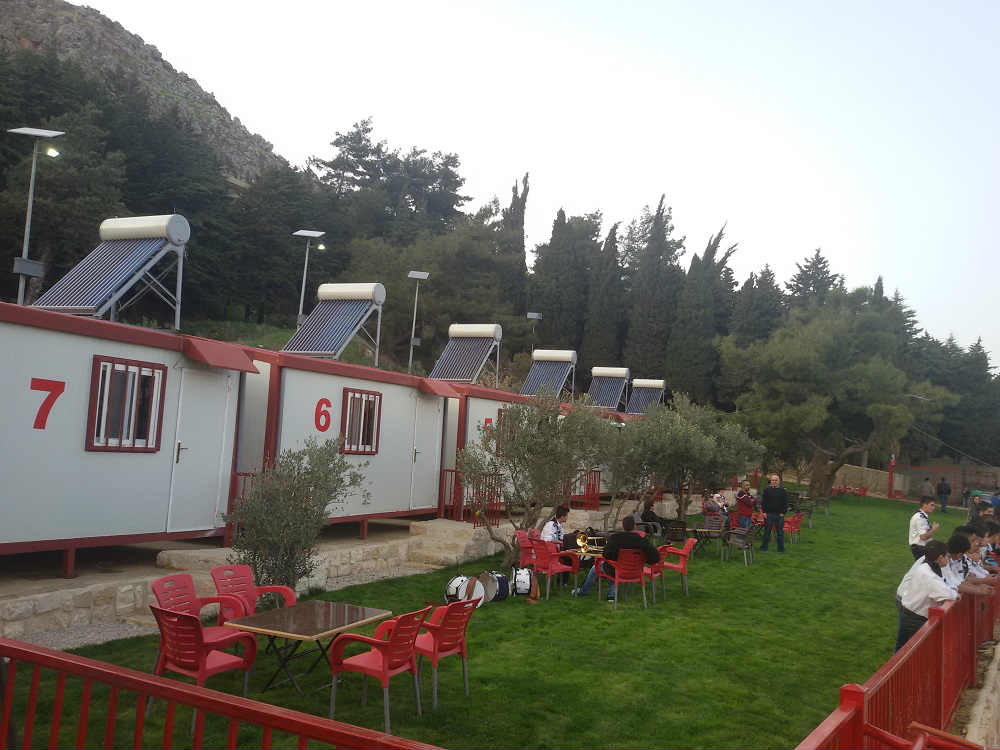 Qab Elias is a beautiful town located in the Bekaa valley 15 km away from Zahle and 45 km from Beirut. Qab Elias is on the same road that takes you to Ammiq and Kefraya and is considered one of the largest cities there. The town has two noticeable landmarks: a medieval castle and a mysterious rock-cut altar. The castle dates back from the 12th century whereas the rock is thought to be from the late Hellenistic or early Roman times. 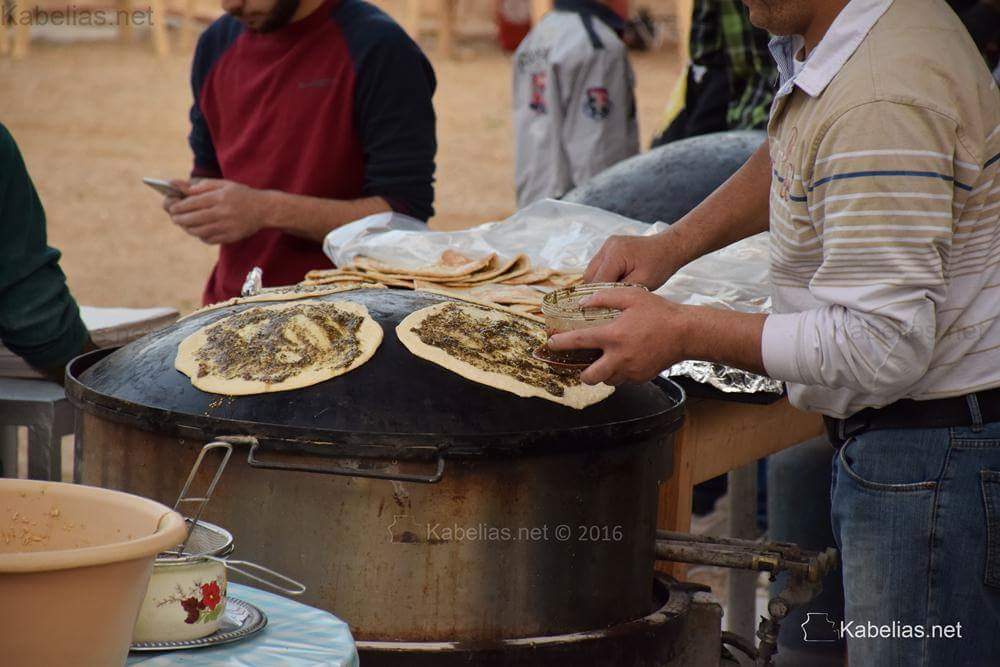 I was invited last weekend to the town for the opening of an eco-friendly camping site (Scouts city) that was built over four months by the Qab Elias municipality. The land which was previously deserted was reconditioned and transformed into a green camping site with eco-friendly standards to help preserve nature and promote green spaces. The camping site includes around 7 small caravans that are all equipped with solar lighting and heating system to save energy. 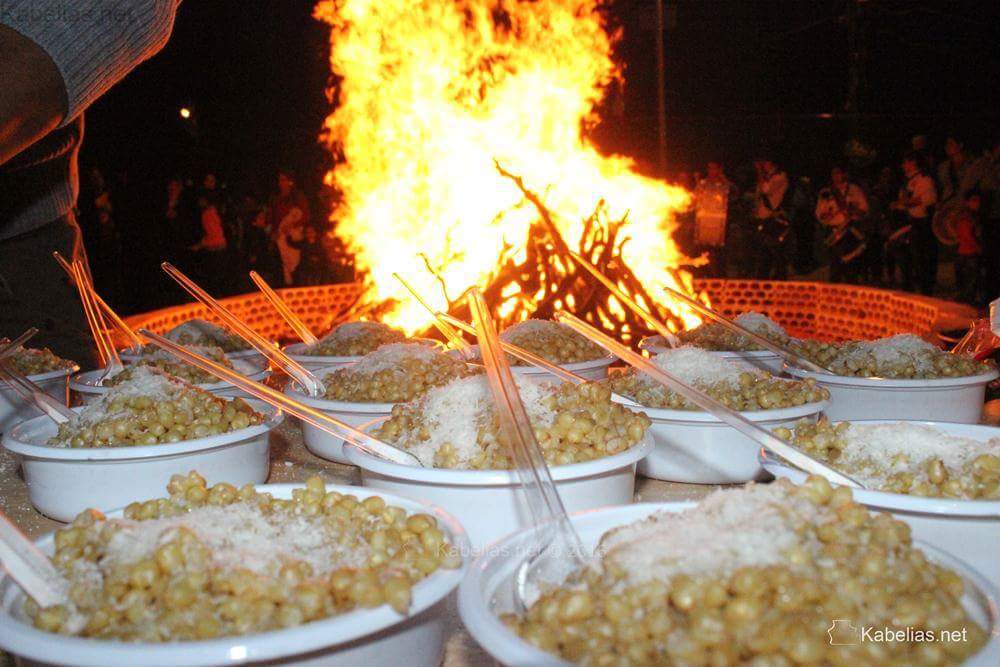 I loved the idea and I wanted an opportunity to visit the town closely so I went there and was truly surprised by the turnout. Aside from the town’s locals and heads of municipalities, the event was public, everyone was invited to attend and a large campfire was organized in the middle of the camp. Freshly cooked food and baked snacks were distributed for free on all the attendees with cold and hot refreshments as a hospitable gesture. 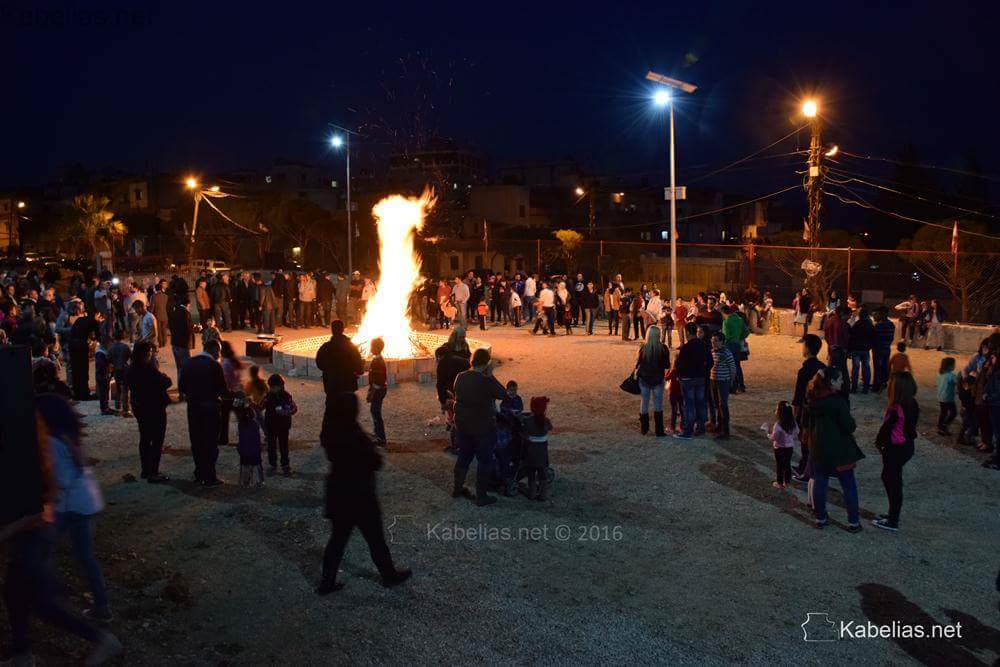 There were no official statements or lame political speeches, just families eating, dancing, singing and having fun. The event slowly turned into a festival where people from all sects and colors celebrated around the fireplace with music and scout shows. 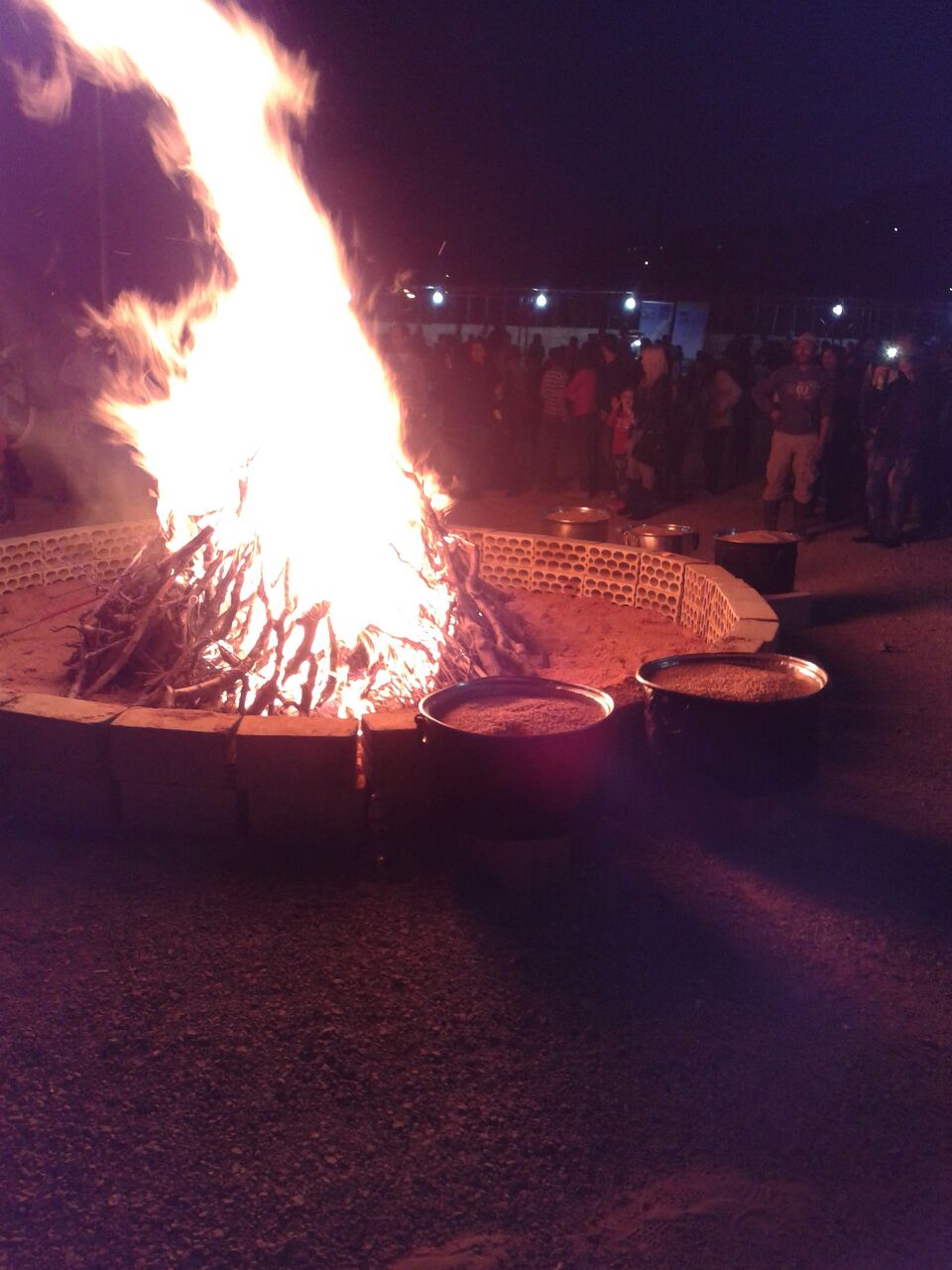 I’m sharing few pictures from the event but I wish if I had filmed the whole thing because it truly brought years back to our village celebrations in the South mainly during Feast of the Assumption of the Virgin Mary (Eid el Saydeh).