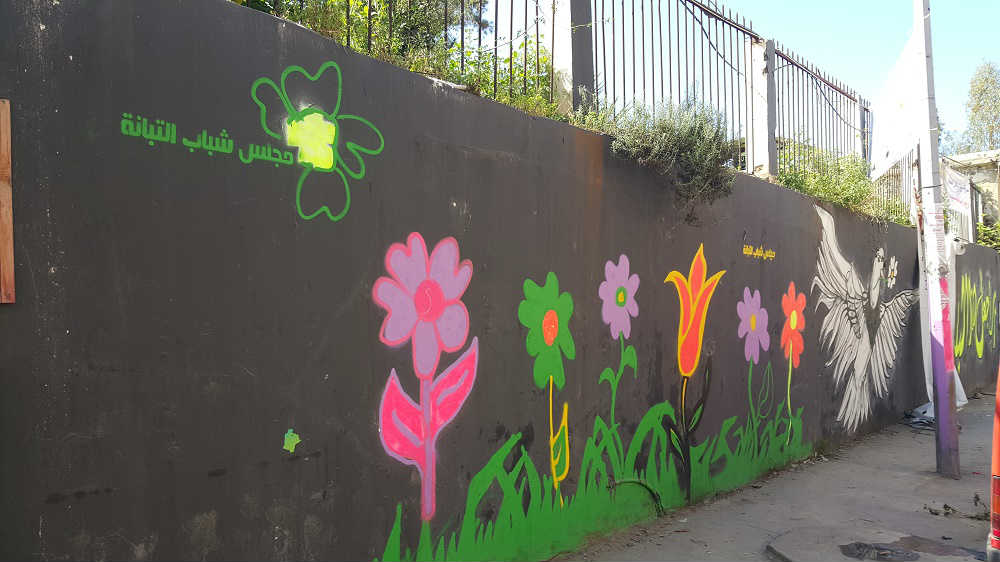 Almost one year ago, an unprecedented security plan has managed to put an end to the endless rounds of fierce clashes and restore calm between Bab al-Tabbaneh and Jabal Mohsen neighborhoods. Fortunately, we haven’t heard of any renewed clashes ever since but Syria’s street and more specifically Tebbaneh’s wheat market needed some serious renovation. 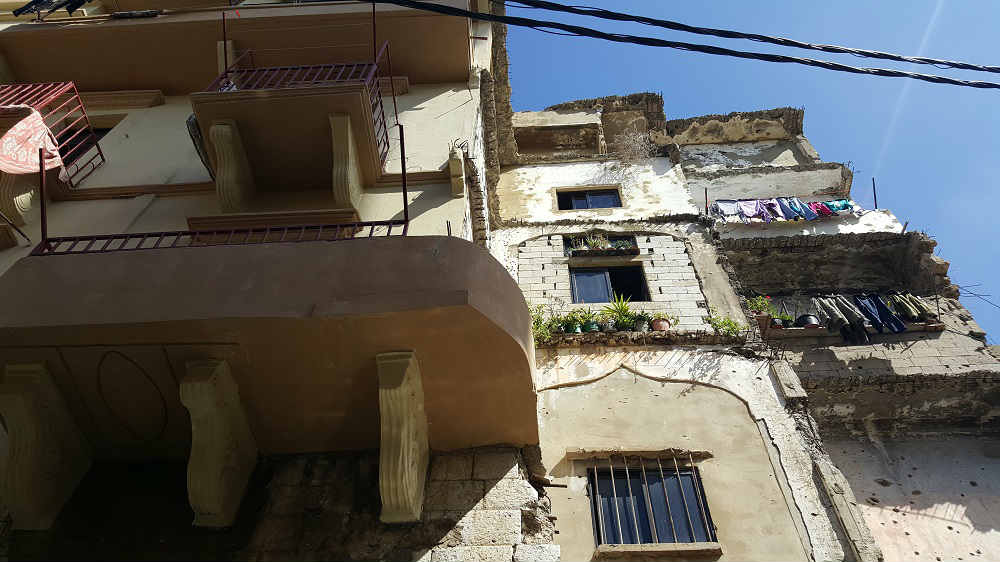 A lot of buildings remain damaged there but the historic market’s restoration has kicked off and the first phase was completed a couple of months ago. I went to Syria’s street to check out the market and the new cultural cafe Qahwetna that was inaugurated recently.

Just to give you an idea on how bad the market’s condition was, here’s a picture showing the difference between the non-renovated part and the renovated one. Merchants were unable to open during winter and the roof was in a very bad shape. 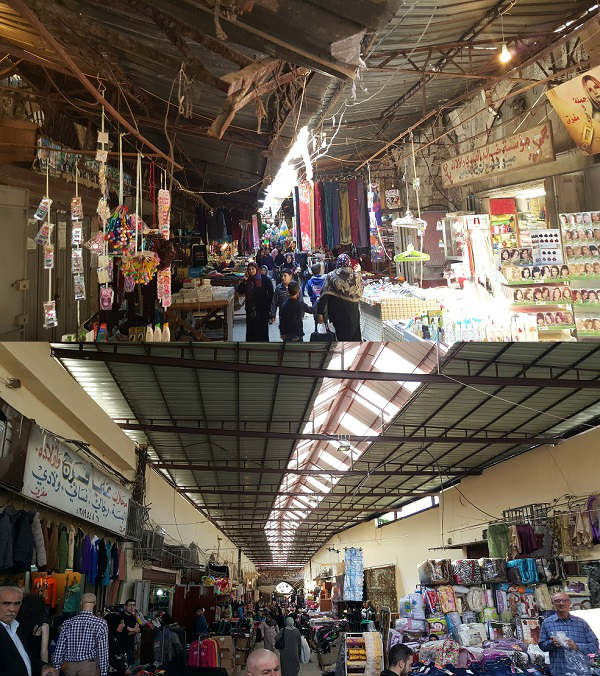 Now the walls have been replaced with white stone, and the market’s roof has been completely restored. I went for a walk inside the market, it was clean, everyone was extremely friendly just like they always are in Tripoli, I got offered Kaak and coffee like 10 times and I got to meet a couple of merchants who told me about their struggle when the Lebanese Army clashed with the Islamists inside the market. 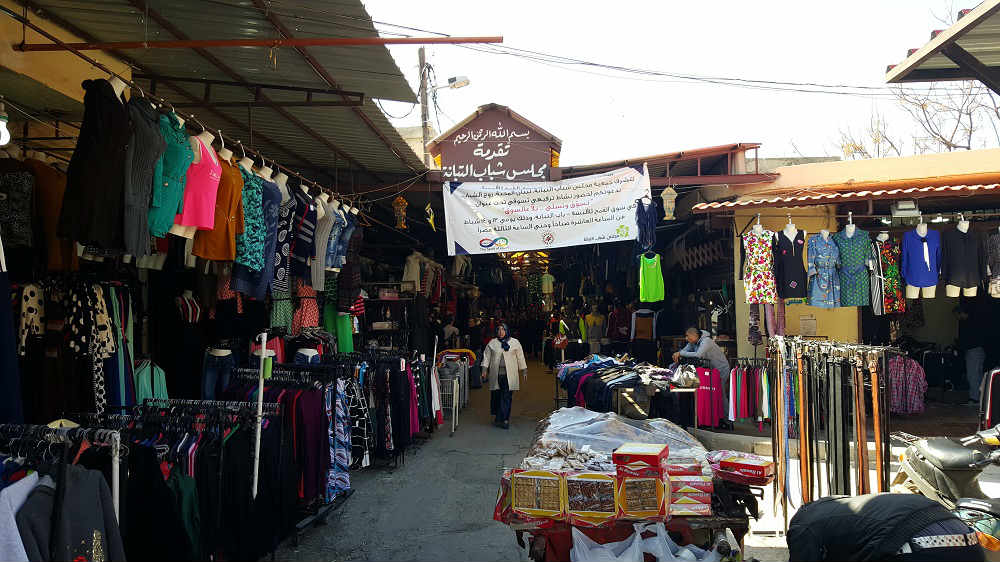 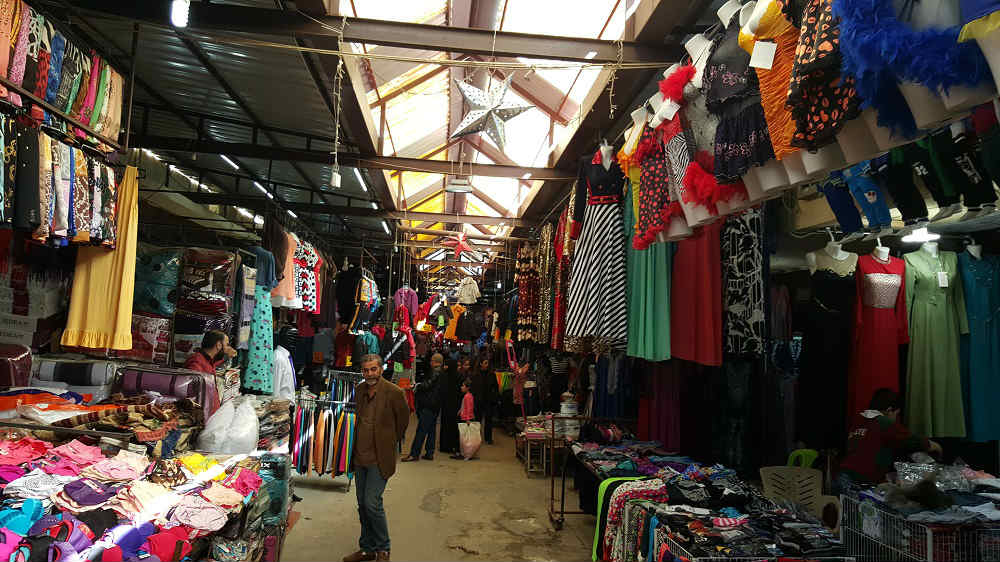 The wheat market is long and narrow and gets really crowded during the weekend. You can find almost everything there everything from food, clothes, accessories, movies, music and other stuff for extremely cheap prices. These markets are quite popular in Tripoli where half the population lives under the poverty line and especially in Bab el Tebbaneh, which is considered Tripoli’s poorest neighborhood.

Before leaving Tripoli, I dropped by Qahwetna, a cultural café founded on the former fighting line (Syria Street) between the two areas, where “events such as other plays, stand-up comedy gigs, rap sessions and other expressive art forms can find a platform in the neglected conflict areas in Tripoli”.

I had a coffee and another Kaake and got to meet the guys that are managing the cafe. Qahwetna is perfectly located and is a much needed space for young people to interact around peaceful ideas, have fun, and enjoy themselves. 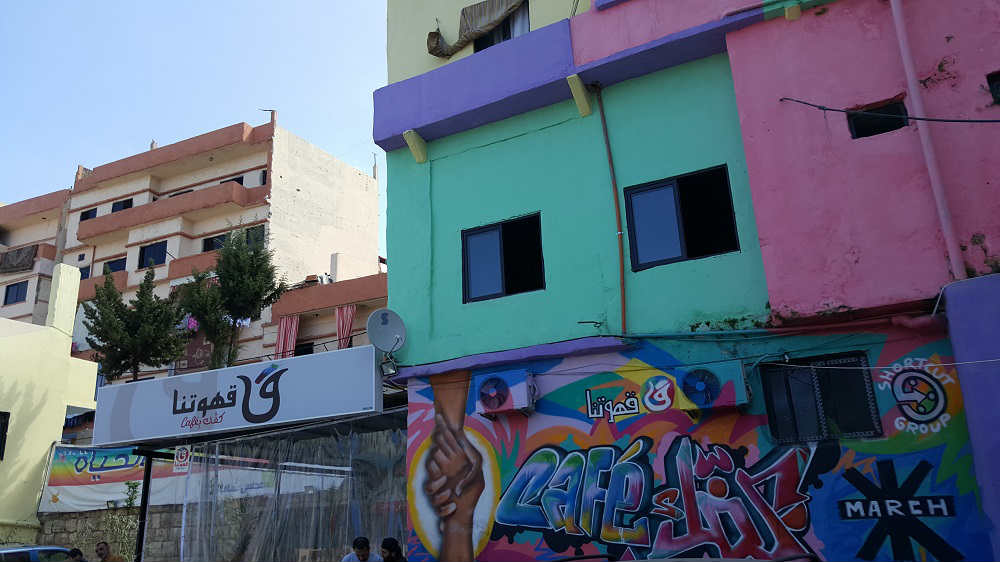 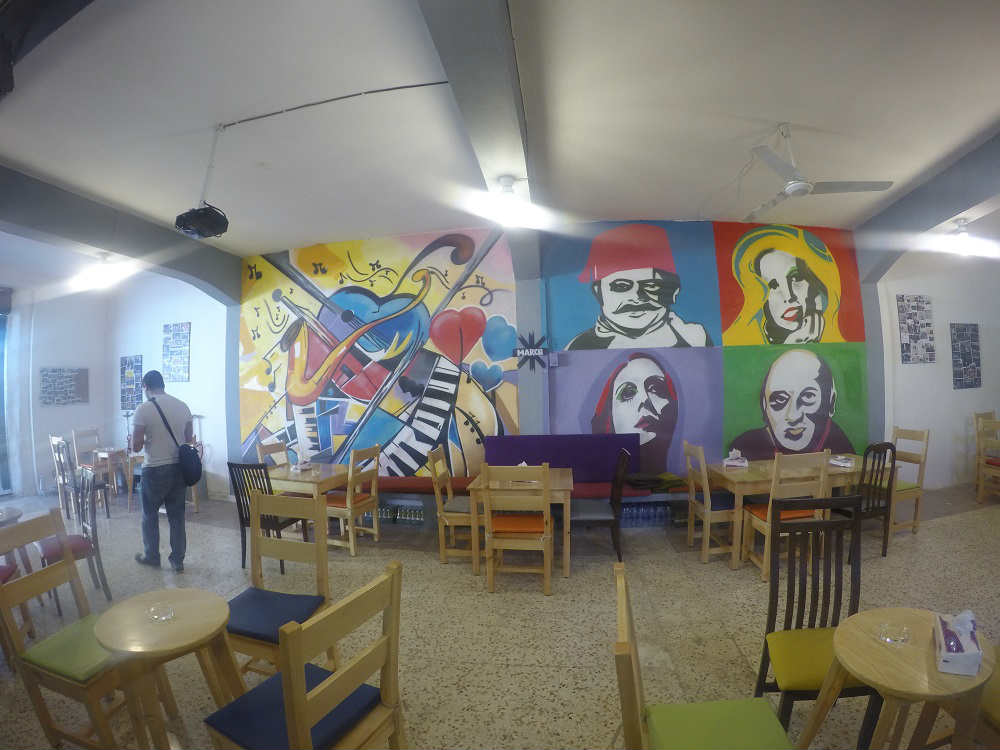 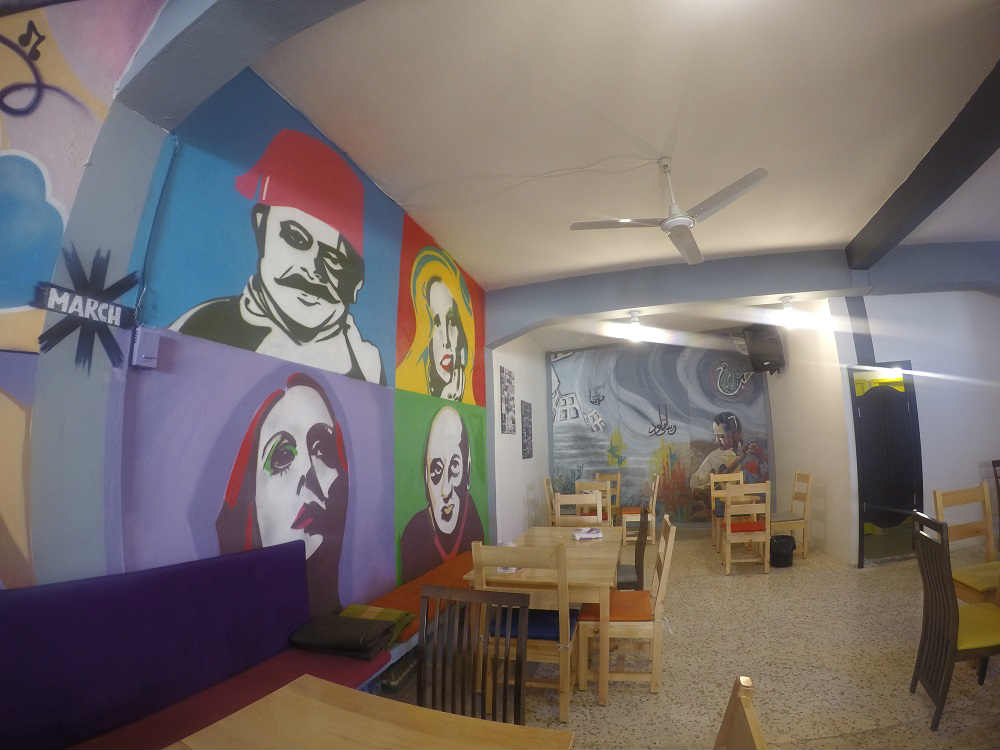 All in all, Tripoli has been suffering for years from development and economic deprivation despite being Lebanon’s second largest city and having all the necessary components to become a second economic capital. Almost half of Tripoli’s population is poor and lives under poor conditions and unemployment rates are high.

Tripoli and more importantly Syria’s street needs small initiatives like the Wheat Market restoration, the opening of a cultural cafe, cultural events like the one MARCH organized last year etc. We need to keep in mind that that the problems in Tripoli are not stirred or generated by fanaticism or extremism but it’s the lack of opportunities and under-development that is suppressing any hope for the youth, leading them to resort to violence. 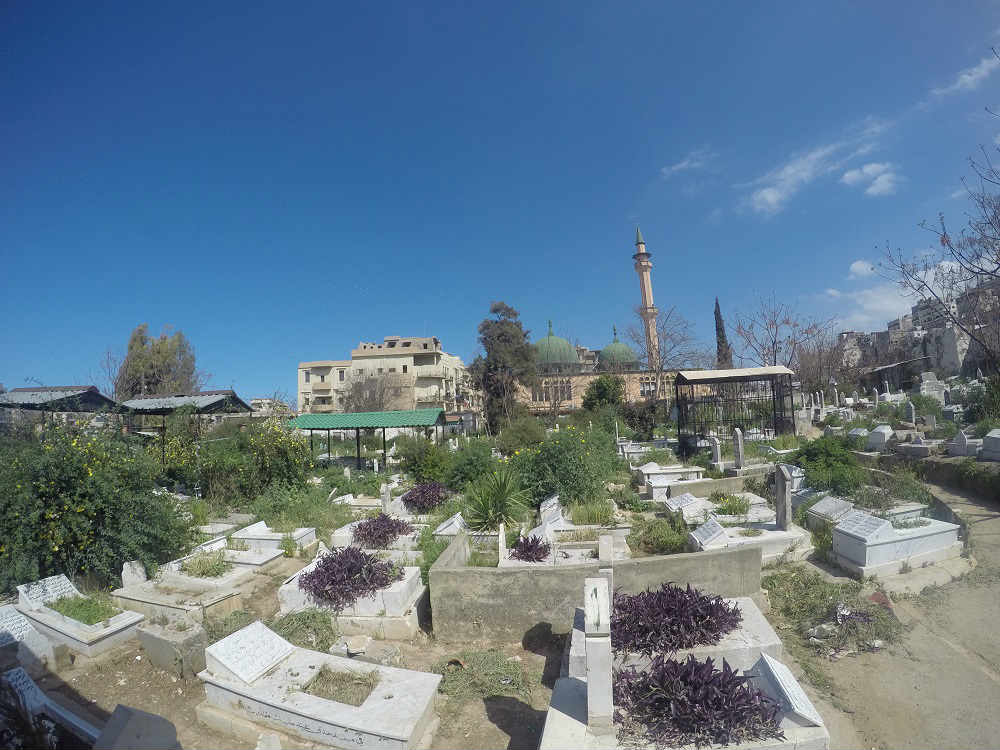