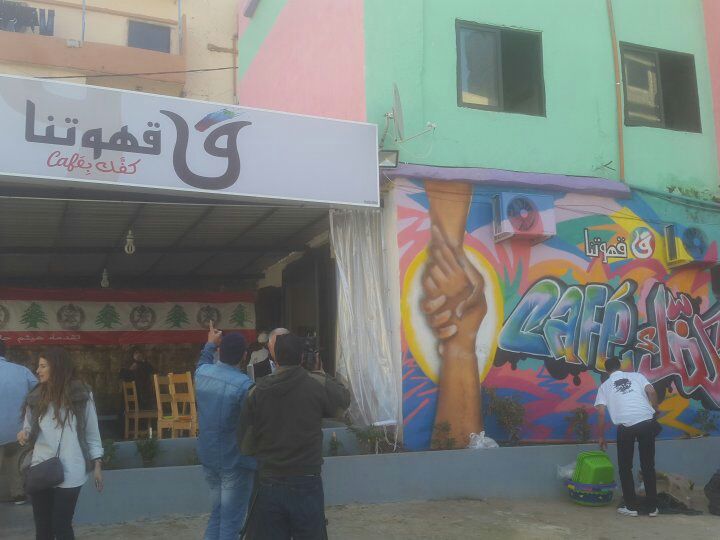 After bringing together last year young men and women from Bab el Tebbeneh & Jabal Mohsen to create and prepare for a comedy play inspired by their lives, and following the resounding success of the play and the documentary that followed, MARCH felt the need to keep up the momentum of this conflict resolution exercise and inaugurated Qahwetna: a cultural café founded on the former fighting line (Syria Street) between the two areas, where ” events such as other plays, stand-up comedy gigs, rap sessions and other expressive art forms can find a platform in the neglected conflict areas in Tripoli”.

The Cultural Café is a much needed space for young people to interact around peaceful ideas,
have fun, and enjoy themselves. The ultimate aim is to unite the people of Jabal Mohsen and Beb el Tebbeneh around peace values, art and culture. It is also a reminder that the problems in Tripoli are not stirred or generated by fanaticism or extremism, but it’s the lack of opportunities and under-development that is suppressing any hope for the youth, leading them to resort to violence

I am visiting Tripoli in the next couple of weeks and my first stop will be at Qahwetna. I hope we will see more cultural cafes in other areas of conflict. Thumbs up to MARCH and everyone involved in this project, mainly the British Embassy for funding and supporting the whole thing!