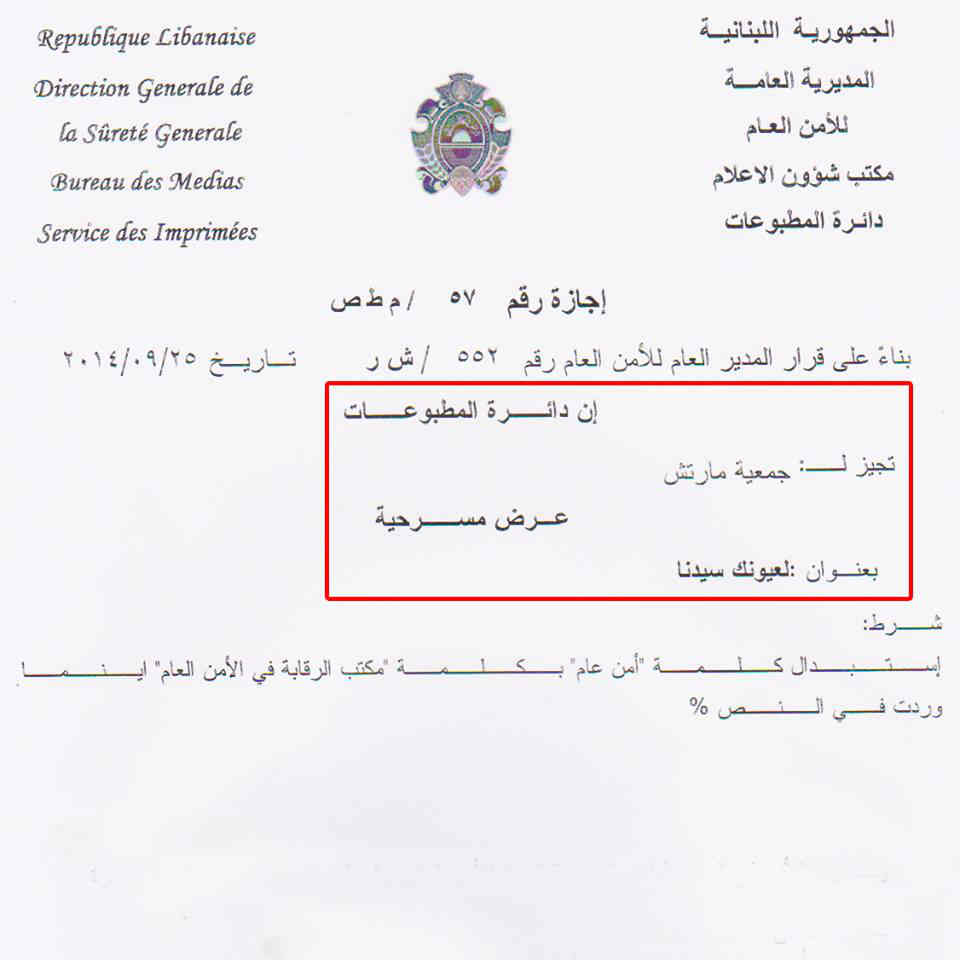 I’ve posted about this matter less than a year ago and asked the head of the censorship bureau to look at the bigger image and let the Lucien Bourjeily play pass and be the first one to attend it.

Censorship is wrong as we should be given the right to choose what to watch, read and listen. In case you missed my article, you can read it [Here].

Mabrouk to MARCH, Lucien and all the Lebanese!

After a long battle with the censorship authorities, we are excited to announce that the sequel of the censored play “Bto2ta3 aw ma Bto2ta3”, “La 3younak Sidna” produced by MARCH and directed by Lucien Bourjeily was approved by General Security!

Here’s to hoping this is the first of many victories in the anti-censorship struggle in Lebanon, and that the General Security’s Censorship Bureau continues with this open-minded approach to the issue of freedom of expression.

We are proud to say we finally won a battle in our fight against censorship!

See Also:A New Museum of Modern & Contemporary Art Due To Open in Beirut by 2020
Posted By Najib
Categories ART,INFORMATION,LEBANON