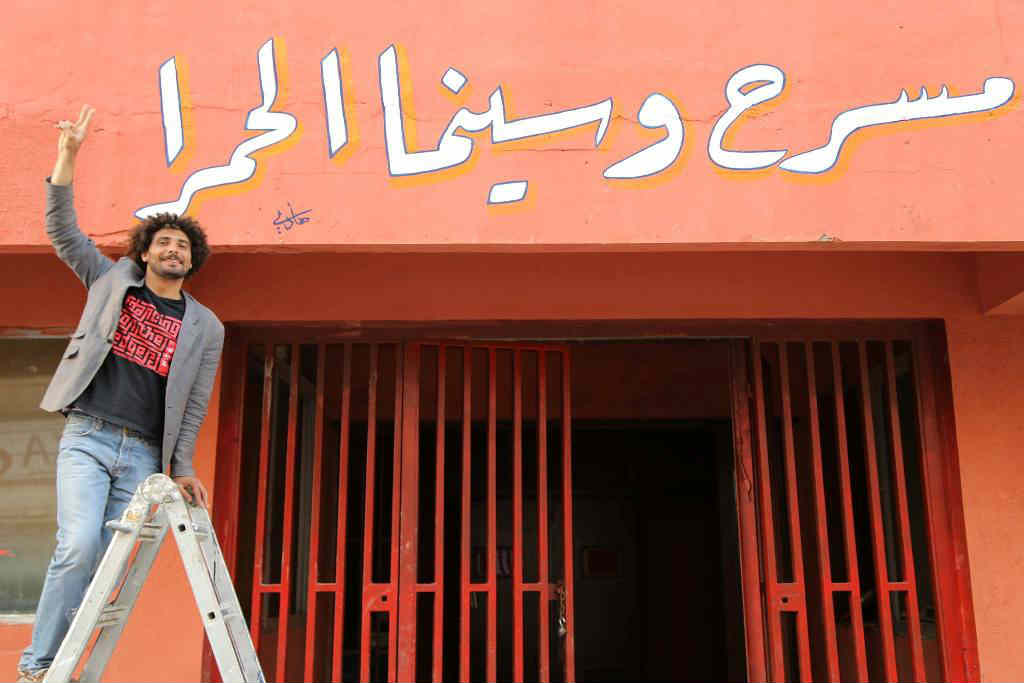 El Hamra Cinema was built in 1952 and used to be the cultural hub of the city of Tyre before the war started. After being closed for 30 years, Kassem Istanbouli and his team decided to bring the place back to life and hosted at first an International Theater Festival back in June 2014, and then Tyreâ€™s first ever international film festival between November 8 and 11.

Ayyam al-Hamra al-Cinemaiyya brought short films from more than 12 countries in Europe and the Arab world, with the aim of â€œpromoting culture and creativity and to create a space for people to meet and exchange experiences of cinemaâ€. The event is supposed to become an annual one, held each November.

I think this is a great initiative as Tyre (and other cities) needs such a venue for cultural expression and for people to enjoy a positive and enriching experience. Check out the theaterâ€™s Facebook page [Here].