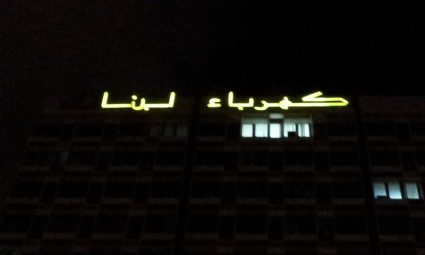 We need an urgent fix to this electricity crisis.

In 2008, a World Bank survey said 61 percent of Lebanese businesses identified electricity rationing as a major obstacle,â€ he told The Daily Star.

Louis Hobeika, an economist at Notre Dame University, estimated that gross domestic product would grow by no less than 30 percent if Lebanon was to offer 24-hour electricity.

In 2011, Lebanon spent around $1.2 billion on subsidizing fuel purchases for EDL. According to Energy Ministry estimates, the Lebanese spent an equivalent amount on private generator subscriptions.

Here’s a link to the full article. [DailyStar]