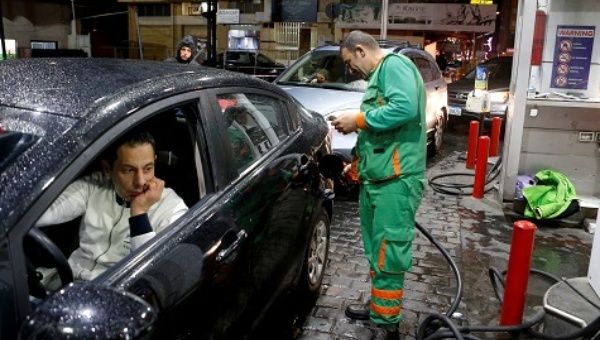 This week witnessed the second strike organized by gas stations in Lebanon, claiming they are suffering losses from being forced to purchase dollars at fluctuating rates. Truth be told, the lack of dollar in the market is causing major losses for many businesses but there are also hidden political agendas behind this strike just like everything else in this country.

Moving on to the tender being launched by Caretaker Energy Minister Nada Boustani, it will be the first time in 10 years (or maybe ever) that the Lebanese state seeks to import fuel, and while this can be seen as a positive step, it is important to note the below:

– This tender will not break the “fuel cartel” as some are calling it. It is meant to barely cover 10% of the country’s needs for 95 Octane gasoline only. Nevertheless, it would be the first time the private sector is “challenged” by the ministry.
– Gas prices will not decrease as a result of the tender. The only positive outcome is that it will save the state millions of dollars.
– The tender will not solve the dollar shortage problem. Even if the ministry is planning to distribute the gas in Lebanese Liras, the state will have to provide dollars to their supplier at some point, same for the private sector which controls 90% of the market still.
– This tender is not part of the fight against corruption unless tenders are held fairly and in a transparent matter. More importantly, we have the right to know who will supply the fuel and who will be distributing it. Allowing companies or individuals sharing the minister’s political aspirations to win will pose a big question mark if the results are not transparent to all.
– Why didn’t any of the previous Energy ministers take this initiative? What stopped them from doing so and who will hold them accountable for wasting hundreds of millions of dollars? Claiming that the minister was able to take the decision now because of the revolution pretty much contradicts everything these politicians have been accusing the revolution of.

Last but not least, and while some are trying to mark this initiative as a huge achievement and a major breakthrough, let’s not forget the deep sh*t we are in and the fact that we’re still without a government, the President has yet to call for consultations and our politicians are out having fun while people are suffering.

The revolution has clear demands that haven’t been met till now: A competent government and an independent judiciary committee. Until then, all the draft laws and political moves those in power are trying to pull are useless. Trust is lost no matter how hard they try and what the minister did is what we’re paying her to do after all.