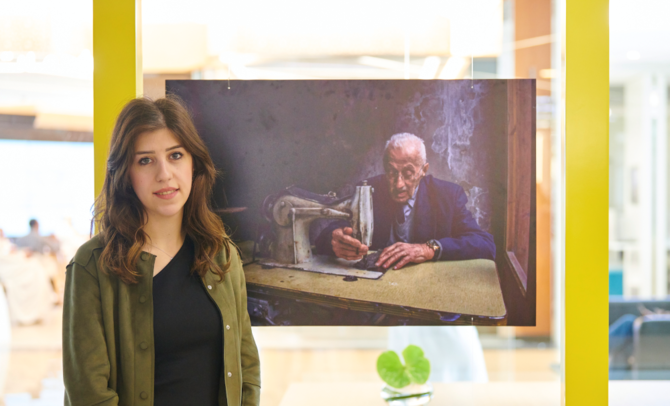 Zeinab Khalife’s picture of a tailor and his sewing machine in Sidon has won her the Arab world’s prestigious annual photography competition, “Moments”, which is organized by National Geographic Abu Dhabi. The competition attracted over 50,000 entires this year but it was Zeinab’s picture of “Abu Hassan”, along with another candidate that emerged as winners.

It is worthy noting that Zeinab is a nurse by profession and a self-taught photographer.

The winner of the Adult category receives the below:

– National Geographic photography Expedition worth $10,000
– Photography Equipment worth $5,000
– The photo to be released in NG Alarabiya Magazine
– Attending to the Awards Event

Khalifeh, who won in the adult category of the competition, said she saw photography as a way to put the many “forgotten people and places” in her community in focus. She described the elderly man in the photo as “Am Hasan,” or “Uncle Hasan,” a tailor who plied his trade in the Sidon souq for over 40 years before passing away a few months ago.
Am Hassan, whose age could not be confirmed, was unable to recognize his family members in his final months, but would repeatedly talk about his sewing machine, according to Khalifeh.

“My picture portrays one moment in his 40 years in the souq. Forty years of hope and sadness that he shared with his sewing machine,” Khalifeh told Arab News. 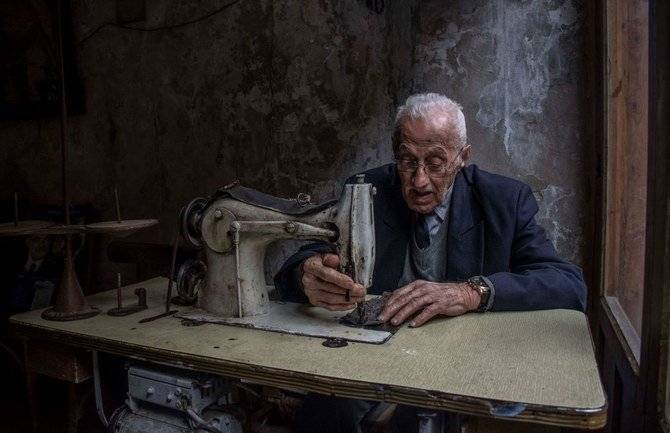