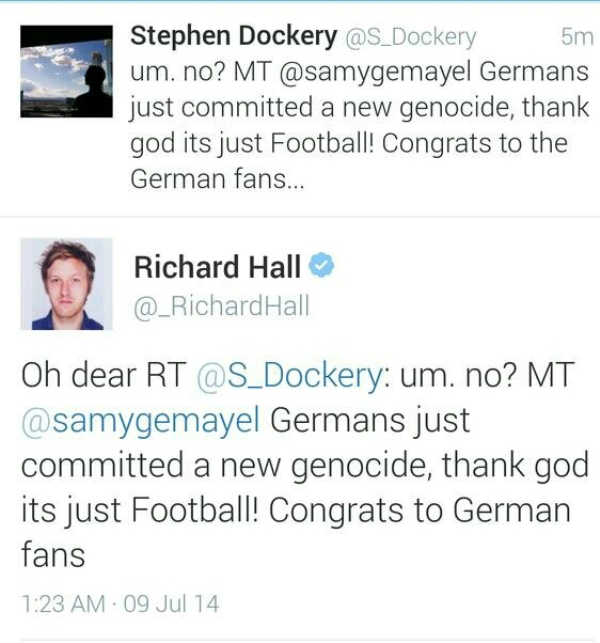 I don’t know what has gotten into Sami’s head, or whomever is managing his account, to tweet such a thing, but I am glad they deleted the tweet quickly. This is a football game and it has nothing to do with Hitler, genocides or world wars. 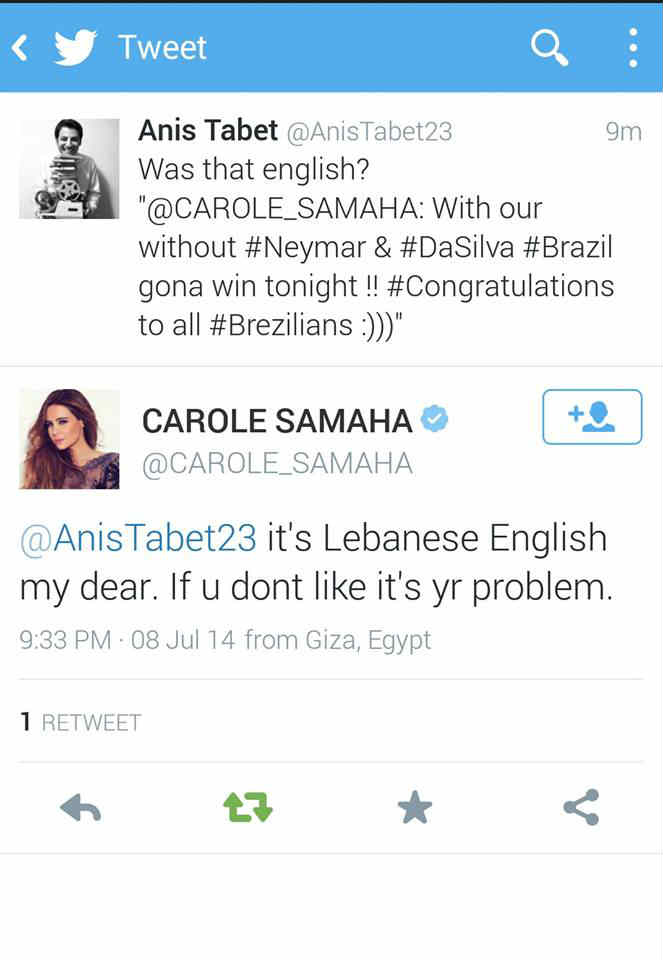 On the other hand, Carole Samaha (or whomever is managing her account) is convinced she’s tweeting in English or what she calls Lebanese English. I respect and admire Carole and I really find it weird that she doesn’t put an effort to tweet properly. Elissa and Najwa Karam have the same problem. 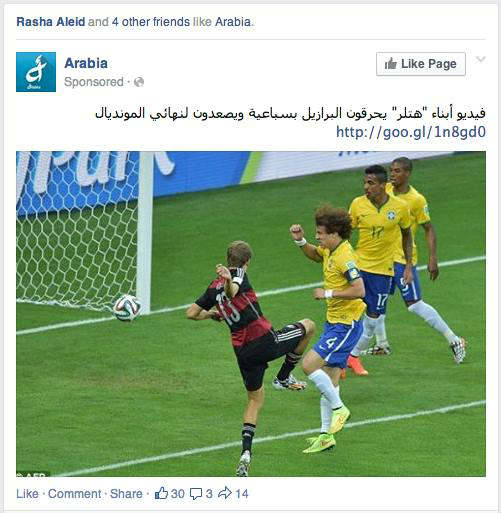 Thanks Rita, who’s a Brazilian fan by the way

Last but not least, here’s a horrific title that was shared on Arabia’s Facebook page.