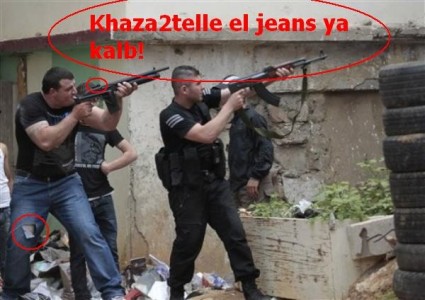 I remember arguing with someone over that picture asking him how did he identify the gunmen as being Sunnite? The answer was the photo is from Associated Press and it says so. 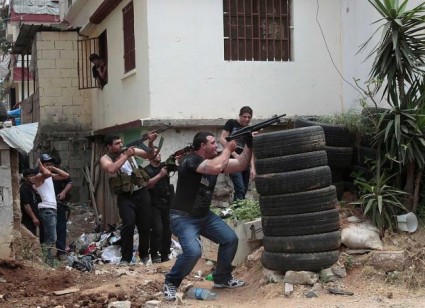 That ought to be a valid reason but it turns out the pictures are taken by a Lebanese called Hussein Malla and are fake. In fact, “The gunmen are purportedly taking cover (behind a useless pile of tires) and firing at an unseen enemy, but right next to them are several unconcerned bystanders who are themselves completely exposed to any return fire, and yet making no effort to hide or seek protection. Instead, many of them are standing around calmly and even laughing and smiling (as are the gunmen in some of the pictures), probably at the ridiculousness of the obviously staged battle.” [Link]

You can check out more of Hussein Malla’s fake pictures [Here].