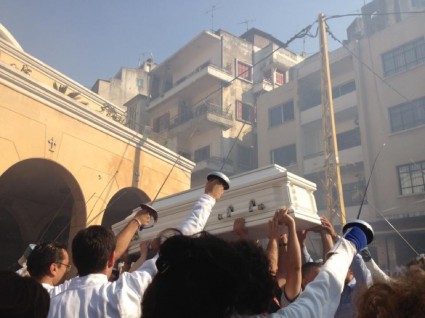 Hundreds came to mourn Fadi Tannous today at Sayde Church in Achrafieh Sassine. Members of the Lebanese Fencing team and Fadi’s students wore their uniforms and pay their final respects to their role model and champion. Fadi was Lebanon’s fencing champion for over 10 years, Secretary General of the fencing federation and part of the Lebanese Olympic delegation flying to London in 2 weeks.

May God be with his family and fiancÃ©e.

PS: I tried looking for articles on Fadi in the news today or mentions of his sudden death on local TVs and only found two small mentions in Al-Akhbar and Al Jomhouriyya. How is it that a guy so devoted to his country and sports, having achieved so many things and won numerous medals and championships ignored in that way? Is he less important than those thugs blocking roads and burning tires? Shame Shame! 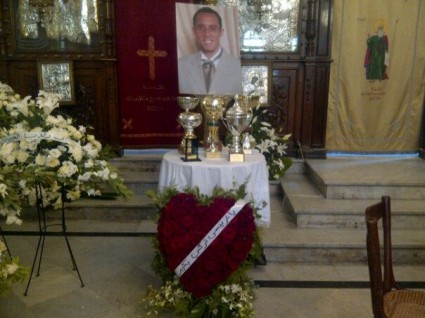