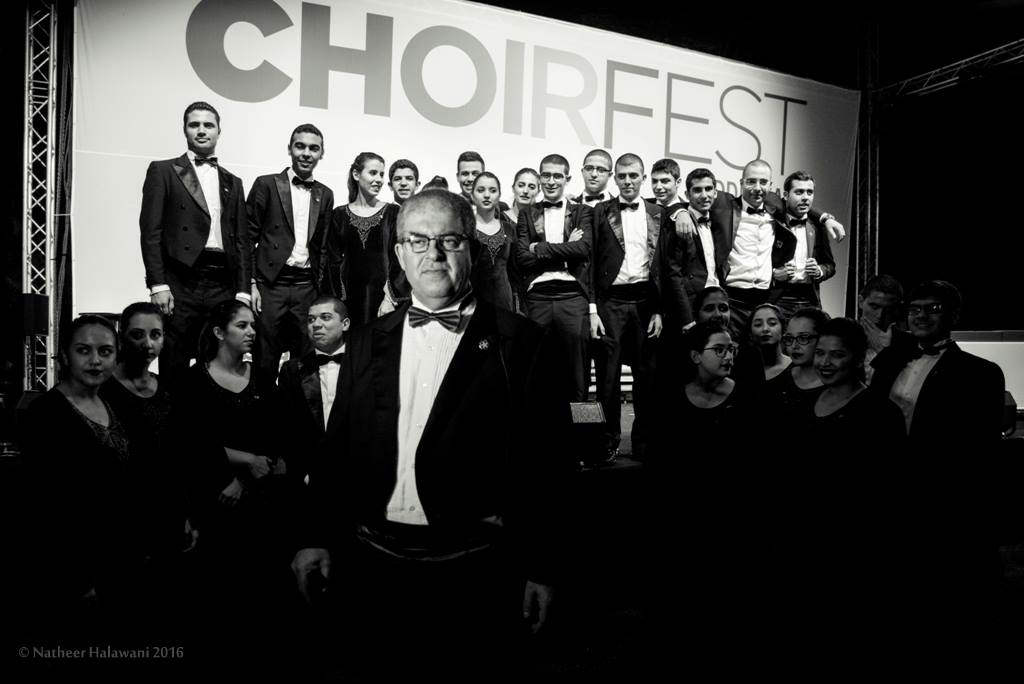 Fayha Choir’s “Choir of The Year” award will be the last apparently as those in charge of the choir have decided to shut it down. The reason is mainly a financial one as they are no longer capable of covering the expenses and maintaining the choir at the level required.

This is a truly sad and unfair. The Fayha Choir had just won “The Choir of The Year” award at the Choir Fest Middle East 2016 and is considered as a national treasure and a great source of inspiration for all Lebanese.

I hope that someone intervenes to save the Choir. Looking at their sponsors and co-sponsors (Tripoli municipalities, Safadi Foundation, Azm & Saada association, Hariri foundation), one of them should step in and give the necessary funding. If not, the Ministry of Culture should intervene. 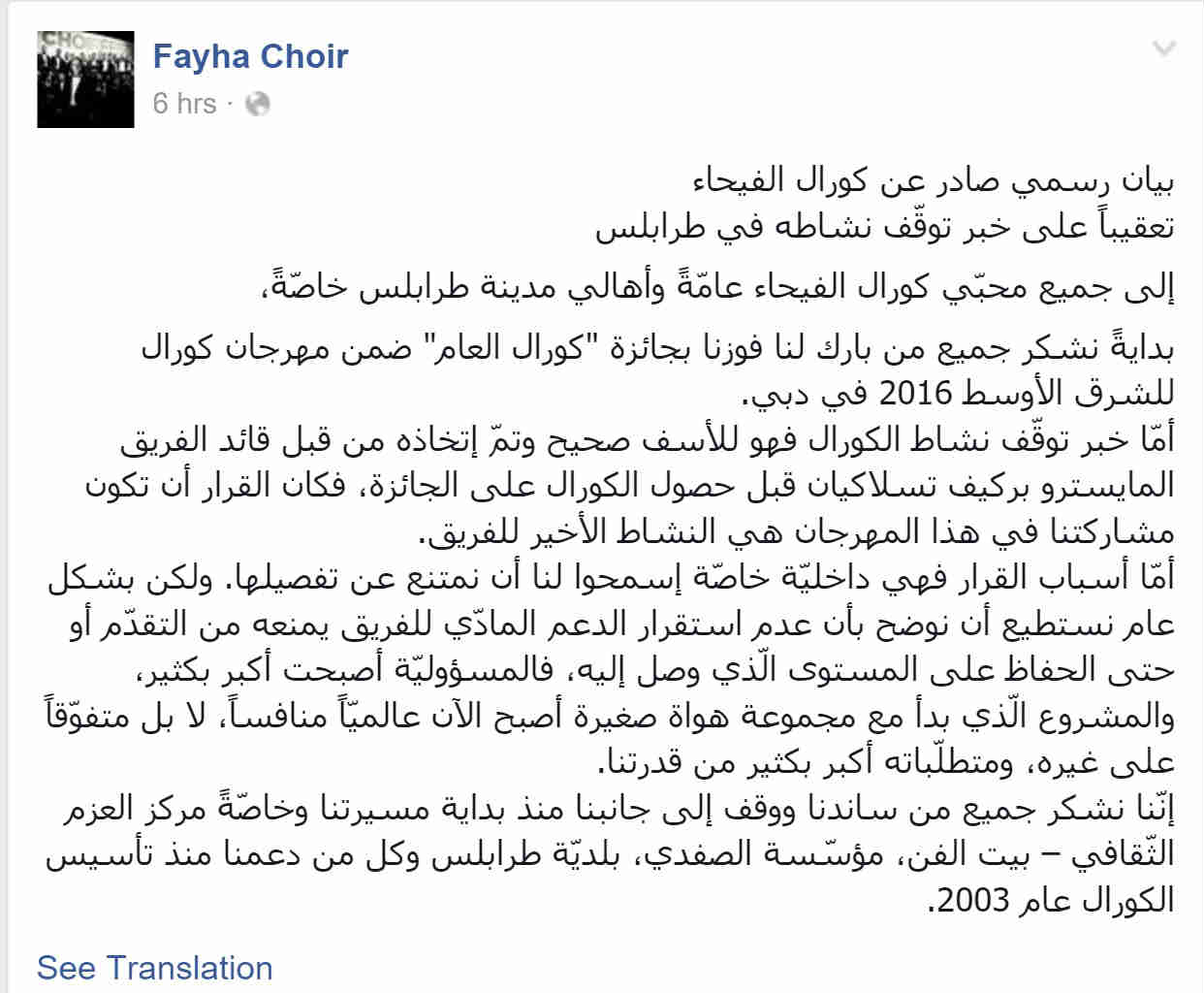