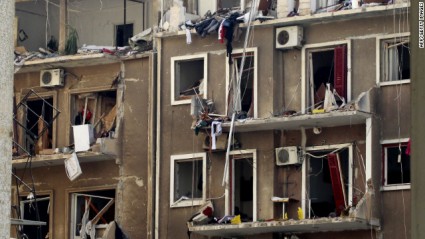 The killing of Brig. Gen. Wissam al-Hassan in a Beirut car bomb on Friday sparked days of tensions, accusations and violence in Lebanon between supporters of Syrian President Bashar Assad and his opponents. Al-Hassan was solidly in the latter group, and his supporters, many of them Sunni Muslims, blamed Damascus for the killing. Many also called for the resignation of the Hezbollah-dominated government, saying it is too cozy with the Syrian regime.

In Washington, the FBI confirmed to CBS News its personnel was heading to Beirut to assist Lebanese officials in investigating al-Hassan’s death. [Link]