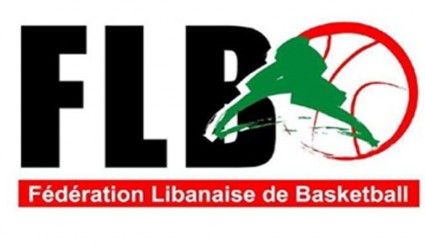 FIBA’s Central Board issued a final warning to the Lebanese Basketball Federation and gave them until tomorrow noon to resolve their problems or face suspension. If the Federation gets suspended, The Lebanese National Team won’t be able to participate in the Asian Championship next month among other things.

I found online what looks to be the letter that was sent to the Lebanese Basketball Federation by the FIBA. I also found an arabic translation of it on Malaeb.com.

Here’s what it says:

I refer to my letter of 28 June 2013 whereby your federation was invited to take several measures to solve the important issues affecting the good governance of basketball in Lebanon.
As you know, the FIBA Central Board has indicated at its last meeting that should the situation in Lebanon not be restored immediately so as to allow your federation to function in an orderly way and in accordance with the FIBA General Statutes, the suspension of the Lebanese Basketball Federation shall be pronounced with immediate effect.
Indeed, it was made clear to you that the following steps needed to be taken by your federation:

1) As a matter of urgency and by no later than 5 July 2013
a) all court cases be withdrawn and the decisions taken annulled;
b) the MOU proposed by FIBA Asia and the Ministry of Youth & Sport signed by all parties involved;

2) As soon as possible
c) the national championship be continued and finalized without any further interference if the competition calendar allows so
d) Proper regulations for protests and appeals are enacted by the Basketball Federation in line with Article 9.5 of FIBA’s General Statutes and with FIBA’s approval within the next 3 months

With regards to the above conditions, I acknowledge with thanks receipt of your email of 8 July 2013 informing us that regretfully points a) and b) could not be fulfilled due to a number of clubs not willing to withdraw the court cases and to sign the proposed MOU.

On the other hand, within the past days some clubs have contacted FIBA directly to submit their position and confirm that they will not sign the MOU alleging inter alia -and to name just a few- that your federation is under political interferences with several board members being under heavy political influence, that the situation depicted by your federation to FIBA does not reflect the reality and that the federation does not abide by the FIBA General Statutes, in particular with regards to point d) above.

In view of all the above circumstances and following the clear instructions given by the FIBA Central Board, and after consultation with FIBA Asia, I have the regret to inform you that the Lebanese Basketball Federation is herewith suspended from FIBA with immediate effect.

As a result, your teams and officials may no longer participate in any official competitions or activities until the suspension is lifted by FIBA.

This decision is copied to FIBA Asia which will now make the necessary logistical adjustments for the upcoming FIBA Asia Championships, in particular the 2013 FIBA Asia Men’s Championship in the Philippines.
In view of the fact that the decision to replace your team by another national team at the above event will need to be made as a matter of urgency, we strongly encourage you to sit with all basketball parties in Lebanon within the next hours in order to comply with points a) and b) above before 12:00 (noon) tomorrow Friday 12 July 2013.
Passed that deadline, FIBA Asia will automatically proceed with the replacement of your team.

I sincerely hope that the internal issues affecting your federation will be resolved very soon for the good development of basketball in Lebanon.
FIBA and FIBA Asia remain of course ready to assist you in this matter.

I am not sure if the Lebanese Federation understands how serious this matter is, as they had two weeks to figure out how to get out of this mess and still didn’t do anything. Instead they’ve been too busy threatening and warning Julian Khazzouh in order to ban him. Personally speaking, I think the only way out of this crisis is for the federation to resign and the concerned teams (Mouttahed and Amchit) to drop their lawsuits. Added to that, it would be nice if the federation clarifies the matter of the missing $130,000.