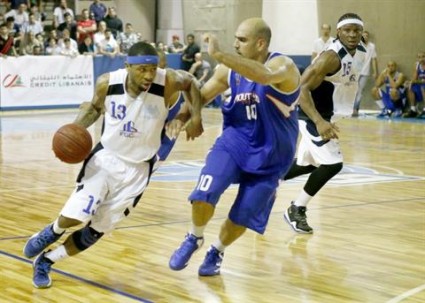 The situation of Lebanese basketball remains firmly in the mire with the International Basketball Federation (FIBA) expected to issue a n imminent warning to their Lebanese counterpart over recent interference in , according to Robert Abu Abdullah, president of the basketball union.

Last week during the inauguration of the House of Basketball in Geneva and in the presence of Abu Abdallah, the Central Board reviewed cases of national member federations – in particular those who were involved in government interference – and adopted a very firm stance, recommending that sanctions be imposed.

However, the statement made by FIBA remains unclear regarding the Lebanese basketball issue, as the recent crisis started following a court decision, not government interference in general. But the highest basketball authority is believed to have addressed a warning over the failure to complete the league and the necessity to implement changes in the whole system of the game and stop political meddling in the federation’s work. [DailyStar]

As most of you know by now, the 2012-2013 Basketball season was halted in Lebanon due to unsettled legal issues. In details, the federation took a decision few months back to make Champville win their series against Amchit after Amchit refused to attend the game as a sign of protest. I honestly don’t recall what Amchit were protesting against but the way they were put out of the competition was apparently illegal and as a result they filed a lawsuit and won it few weeks back. This complicated things further as we had reached the semi-finals and many teams refused to replay their games. Consequently, the league was stopped and no serious initiatives were taken ever since to resume the league and finish it.

I hope this warning will serve as a wake up call to all the teams and more importantly the Lebanese Federation, specially that this season was one of the best in years!