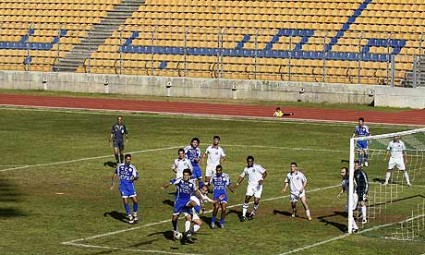 GOAL – BEIRUT, Concerns over safety may lead to Lebanon’s World Cup qualifiers being moved to neutral venues after the country’s Football Association received a letter from Fifa asking for clarification regarding its security procedures. [Link]

That’s definitely not good news for the Lebanese National Football team as they need all the support they can get in the final round of World Cup Qualifying. Added to that, our one-of-a-kind grass-free and bumpy football fields will be missed.

Lebanon is scheduled to play against Qatar on June 3 and Uzbekistan on June 8.