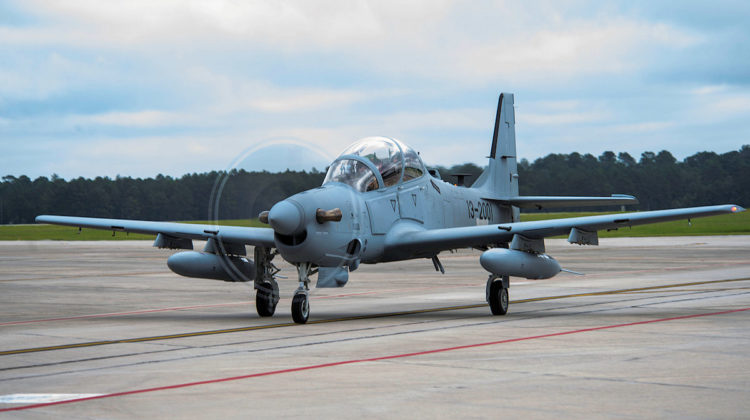 So it’s finally happening. Two Super Tucano aircrafts have arrived to Lebanon and were handed to the Lebanese Army. LebanesePlaneSpotters managed to get ahold of a video showing the plane flying over Hamat.

The A-29 Super Tucano is a turboprop light attack aircraft designed for counter-insurgency, close air support, and aerial reconnaissance missions in low-threat environments, as well as providing pilot training. The aircrafts can come in handy in fighting terrorists and patrolling the borders.