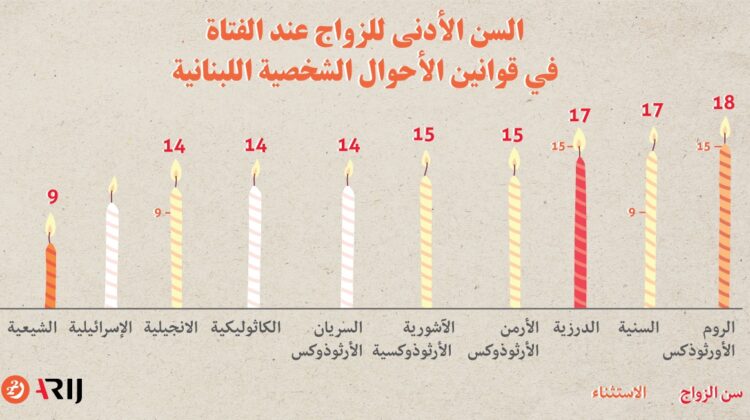 Underage marriage is still a big problem in Lebanon and has unfortunately increased during the pandemic. Back in 2017, UNICEF revealed that for 1 in 25 girls was married before 18 in Lebanon. Despite years of campaigning to set the minimum marriage at 18, the real problem remains the same: We don’t have a unified personal status law to dictate matters such as inheritance, custody of children and the legal age of marriage.

Instead, these laws are set by religious courts and as a result, we have a legal age for each of the 18 recognized religious groups. As you can see in the picture above and in KAFA’s most recent campaign, the minimum age for marriage can be as low as 9 for some sects, noting that in mid-2021, Shiite Muslim religious authorities did advice against marriage before the age of 15 while Sunni clerics raised the minimum age for marriage to 18.

These are encouraging steps of course, but they’re still insufficient without a personal status law and more importantly a support protective environment for these young girls.