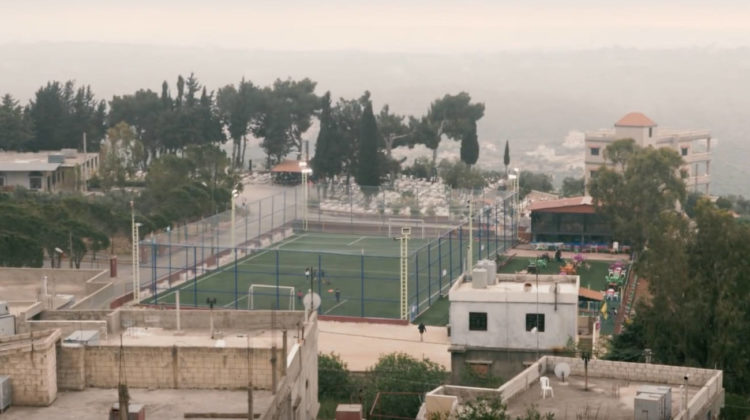 I remember back when were kids, we’d spend weekends in the village playing football on dirt or on tarmac not because our village was poor, but because it was far from the city and no one really bothered investing in a football field. We didn’t mind it much because it was just for the weekend and as kids we’d enjoy playing anywhere around, but for those who reside up there or in any other remote village, it’s a dream come true to have a proper football or basketball court where they can play and join tournaments.

This is what happened in the small town of Ain Qana where the EU funded a small space and turned it into a real mini football court thereby fulfilling Ali’s dream and every football fan’s dream in Ain Qana. Now not only can kids in Ain Qana now play football in a court, but they can also join the new football academy and participate in tournaments taking place in town!

Sports and especially team sports like football, have this amazing, unique way of making a positive impact in society and can bring people together, providing opportunities for social interaction and strengthening community ties.