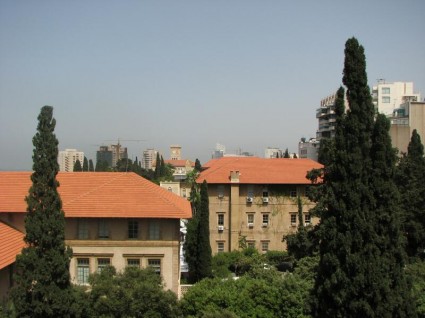 I understand that the streets in Beirut are no longer safe but AUB should either get some extra protection or ask the police to secure its surroundings, specially if this is happening quite often.

As the foursome walked through Bliss St., they passed through the alley leading up from Zaatar W Zeit, where Caspers and Gambini’s is located. As the young man chatted with one girl, the other two walked ahead. They were about 15 meters ahead of them when he heard one of them scream and shout, “I don’t want to die, I don’t want to die!”

YF looked up only to see a tall man standing in front of his friends, pointing a silver gun in their direction. His first instinct was an attempt to duck behind a car to call the police. “That was my biggest mistake,” he explained. “As I rushed towards the car, the man saw me and pointed his gun at me and shouted, ‘come stand with them!’”

Based on the assailant’s accent, they deduced the man was Syrian. The second thing he noticed about the man was the terror in his bloodshot eyes and the manner in which his hand trembled while holding the gun. “He seemed more scared than we were. And that was what worried me the most,” YF confessed . “I was afraid he would do something stupid, because he was obviously not thinking clearly because of his fear and perhaps drugs. It was clearly one of his first stick-ups.” As two girls stood paralyzed in fear and the other sobbed in fright, YF tried to pacify the assailant by offering the money in his wallet and speaking calmly. Eventually, a car approached and the jittery man turned and ran away without taking anything. [Source]