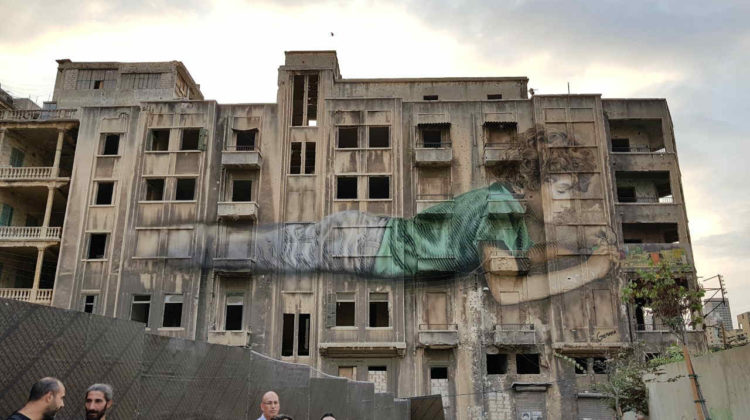 Cuban-American Artist Jorge Rodríguez Gerada is in Beirut and has just finished the first of a series of large scale works. The mural is near the Beirut Digital District and is a collaboration between Gerada Studio and BAD. Built by Associative Data, for Beirut Digital District. Gerada has been “replacing the faces of cultural icons chosen by advertisers with the faces of anonymous people to question the controls imposed on public space, the role models designated and the type of events that are guarded by the collective memory. His large scale time base works avoid negative impact on the environment, challenge the conformity in contemporary art and allow for a reflection that goes beyond the completion of the piece to focus in its concept, process, and the metaphor that comes forth because of the material chosen”.