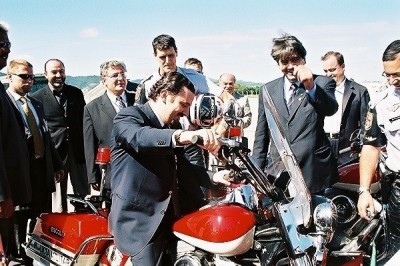 In an exclusive interview with the Washington Post, Prime Minister Saad Hariri revealed some of his many hobbies, among which smoking cuban cigars, collecting Harley-Davidson bikes, scuba diving, feeding sharks and cooking.

It would be cool to see him arrive to the parliament on his bike, surrounded by 100 of his bodyguards also on Harleys lol.