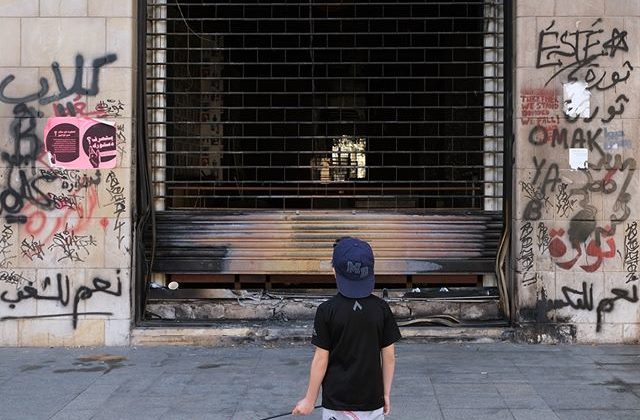 Social distancing in Lebanon has become a thing from the past. Confinement has become a thing from the past. Everything seems to be back to “normal” in the past couple of days, as the country desperately tries to inject some money into the market, apart from the specific places that cannot open before their official governmental time arrives, but which are already preparing for the comeback. The streets are filled with cars, masks are hardly seen now, and gatherings are happening around. The Instagram stories have changed, the mood has changed. It seems like people have forgotten that we are not over the COVID-19 crisis yet. Are we?

The progressive lift-off proposed by the Ministry of Health was well planned, but untimely-planned. That’s about it.

We seem to have forgotten that around 40 flights, boarding approximately 3,500 Lebanese, coming back from countries – some of which are still struggling badly and picking up the pieces of the apocalypse – are potential virus carriers and will be hitting the nation until May 8.

We seem to have forgotten that many belonging to the first wave of flights that arrived around a month ago are still to date testing positive every now and then.

We seem to have forgotten that we need to continue monitoring those people. Are we really doing so in the first place?

What about local cases?

Numbers are certainly lower, the number of tests is certainly higher, but a few points deserve to be raised:

1- Some Lebanese think that catching COVID-19 is a big taboo, and tend to hide or minimize their symptoms, stay confined and avoid getting tested in order not to be exposed.

2- Some others think that the test costs 150,000LBP everywhere and in these dire economic circumstances, are avoiding it. The RHU is still doing it for free for symptomatic or suspicious cases.

3- I have some questions regarding the validity of the PCR test and the homogeneity of the kit in all the hospitals that are performing it. Some cases are testing negative at some, then positive at others.

4- I have also some concerns regarding the way the test is being done, which is also contributing to the low number in my opinion. Not everyone is taking the sample from the back of the pharynx the right way. Not every hospital or center is training its staff to do so correctly. There are big discrepancies in this. And the test, which can give a false negative result in around 30-35% of cases, is getting weaker with this maneuver.

5- Who is monitoring the random tests being done to increase the numbers these days? Which are the regions incriminated? Who is the population being targeted?

6- A big proportion of people – especially young ones – could potentially be positive while being completely asymptomatic, and that’s the scary part.

In my opinion, it’s too early to rest on our laurels and to start reopening the country. At least not at this “quick” pace. I understand the need to go back to work and to earn some (in)valuable money again, but I’m gonna say one thing: it’s not over anywhere, until it’s over everywhere.

As long as there’s one positive case somewhere in the country – even in the world -, we’re in danger.

As long as 2 weeks have yet to pass between the last landing plane on May 8 and the PCR results of the ones coming from abroad return, we’re in danger.

As long as people are starting to loosen up the confinement measures this quickly and this carelessly, we’re in danger.

As long as – understandable – protests are happening in the country, gathering masses for some in an uncivilized manner, we’re in danger.

We might have (are) luckily escaped(ing) “wave 1” – if ever this one is over now – but there will most probably be another one coming soon, once the airports open and nations start interacting with each other again.

I consider Lebanon ‘lucky’ to have escaped a more severe crisis, due to many smart or random factors:

1- The early closure of schools, kindergartens and universities.

2- The absence of massive public transportation means such as metros and trains.

3- The inability to host huge sporting events in the country.

4- The scarcity of elderly houses.

5- The excellent medical care and the wake-up of the sector just in time to control the crisis. But how long will it hold?

Are we ready mentally for another lockdown period? Lebanese couldn’t stand a month and a half altogether, and are already roaming down the streets. About that, I loved Beirut these past few weeks and I wish this could last. No traffic jam, and so many people doing sporting activities while taking precautions around. This was beautiful to see. But this is disappearing. Teeth are visible now, shops’ windows are up and queues in front of pharmacies desperately looking for masks are growing smaller.

We may have barely had to deal with a few critical cases of COVID-19 yet, and are on our way to flattening the curve, in a much quicker and surprising way compared to other countries from the region, but we are not yet in a safe place to say: we’re done. The farther you go from the center, the more you’ll realize how reckless people are, with some regions thinking they are absolutely immune to the virus. If anything, the real challenge begins now. And sadly enough, I don’t see Lebanese up for it.