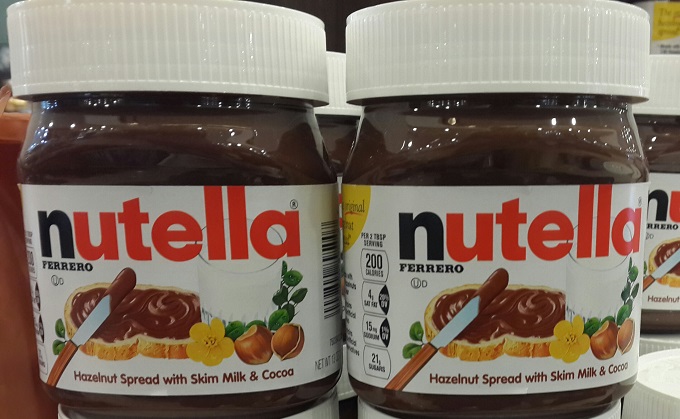 I was at O&C having lunch on Sunday and I thought I pass by the supermarket and pick up some stuff on the way out. On my way to the cashier, I noticed they had some Nutella jars on display so I picked up one but saw that it was priced at 9000 Lebanese Liras (6$), which is almost double the price of the one I usually buy. I asked around and as it turns out, the Nutella I got is the American version while the commonly available Nutella in Lebanon comes from Poland (Packaging done in KSA or something like that) and is priced at roughly 3$. Weirdly enough, the guy I asked told me this is the “original” one, as if the Polish one is fake or something.

I ended up getting both to see if the US one is any better but I haven’t tasted them yet as I am trying to get an Italian or German Nutella to taste as well. To be honest, I am just curious to know if they do taste that differently, but I don’t think I will switch to the US version and pay double the price even if it tastes better. 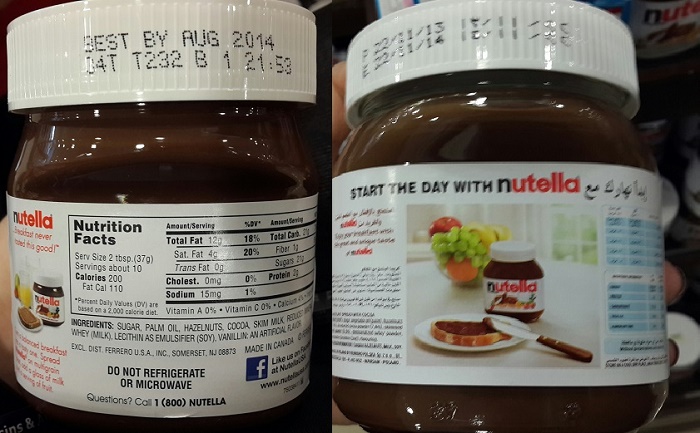 Update: Here’s the list of ingredients for both as written on the back of each jar: