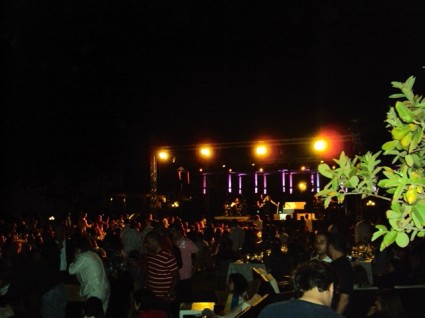 So i went to see Helene Segara’s concert on Friday at Edde Sands and it turned out to be an enjoyable evening. The place where they hold the concert is very nice, there were chairs for everyone, lounges for VIP people and of course lounges accompanied with a Gala dinner for the VVIP guests.

The concert started around 10:15 and lasted for approximately 1 hour and 45 minutes. Segara was charming and sang songs in different languages, as part of her world tour theme. One of them was “7arramt 2a7ibbak” and she did sing it pretty well. I recorded part of it and uploaded it for whomever wants to watch.