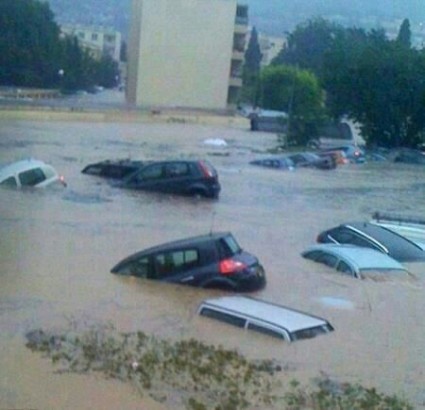 Picture of a flood in France back in 2010

Ever since the storm began, I’ve been receiving tons of pictures from various regions but I’ve always been keen to check the source before posting or tweeting them. However, as I was leaving today I was looking at some footages from 7ay el Sellom on LBCI and it looked really bad then someone showed me a picture of the floods in Choueifat (See picture above) or at least what he thought was Choueifat. He looked worried and sad because he lives there somewhere and some relative of his sent him the picture. I asked him like 3-4 times if he was sure of it and he kept saying yes and started giving me the looks at some point. I even asked two friends who were leaving with me and one told me the building looks like the St.Georges hospital on the coastal road there and the other agreed. I didn’t have a laptop to verify it so I tweeted it only to find out few minutes later that it’s from a different flood in another country.

I know I am to blame here and I already removed the picture and tweet, but I still can’t believe that they don’t even know how their town looks like and mistook it for a city in the South-East of France. Morale of the story is not to always ask Google before posting any doubtful pictures.

Speaking of Google, I thought I show you, at least those of you who don’t know, a quick way to check pictures and making sure they are not fake. It’s very easy and straight-forward: 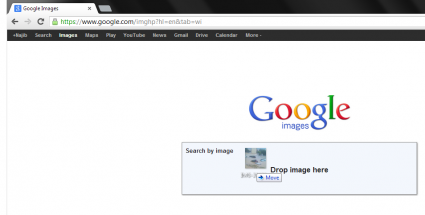 Step1: Go to Google –> Images then Drag the picture into the search toolbar 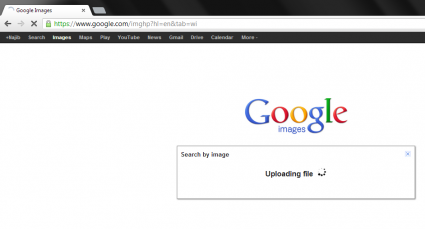 Step2: Let Google upload the picture and search for it 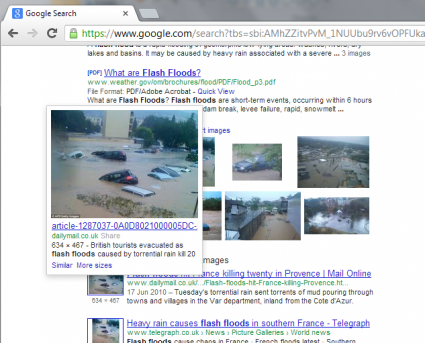 Step3: Check the search results Google returned and see if the picture is in any old news.