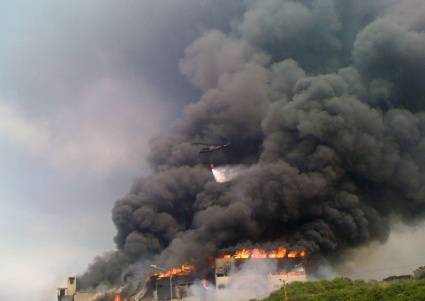 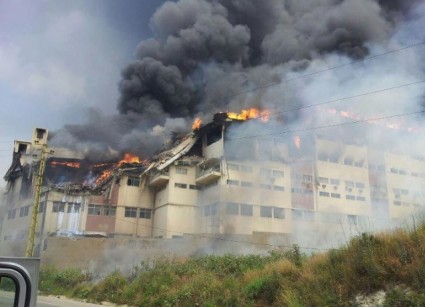 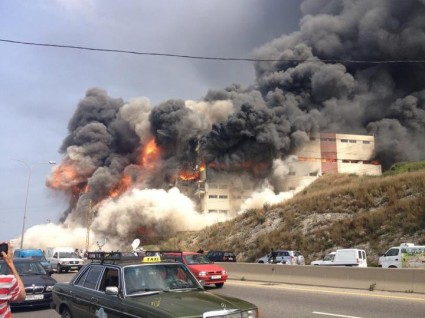 A huge fire erupted on Friday in the fourth floor of the Byblos carpet factory in the Kesrouan town of Safra, the National News Agency reported.

Firefighters immediately arrived to the site and evacuated the five employees who work in the factory. [NowLebanon]

I don’t know if some of you know this factory but it’s huge and according to my friend, the whole building is on fire.

Here are few updates from various sources provided by Naharnet:

-â€œByblosâ€ sources told Voice of Lebanon radio (93.3) that an electric short circuit could have caused the fire at the factory.

-Part of the walls of the carpet factory collapsed as the fire reached from the 4th to the 5th floor.

-LBC: All the workers at the carpet factory escaped as soon as the fire erupted at around 9:00 am. 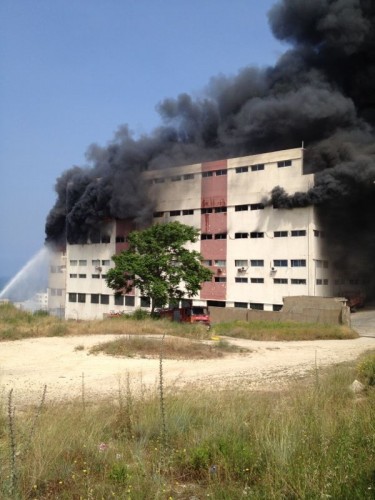