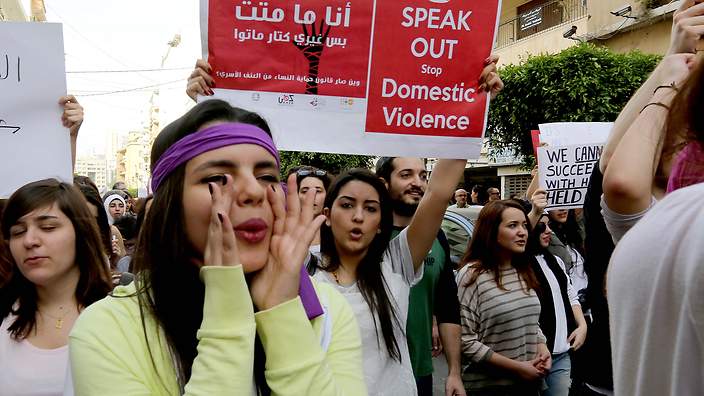 We are all hopeful that positive change is coming our way but what happened in the past few days from the Costa Brava scandal to the seagull slaughter aren’t very encouraging. Here are the issues that need to be tackled by the Lebanese authorities to improve the country’s human rights situation:

2- Freedom of Assembly, Freedom of Expression, and Use of Military Courts: Freedom of expression is in danger in Lebanon, libel and defamation laws need to be revised and military courts typically do not meet international fair trial standards and should not be used to prosecute civilians for criminal offenses.

3- Migrant Workers: Almost 250,000 migrant domestic workers are excluded from labor law protections. The Kafala (sponsorship) system needs to be revised or abolished as it places workers at risk of exploitation and abuse.

4- Women’s Rights: “Women continue to suffer discrimination under 15 Lebanese personal status laws, dependent on each individual’s religious affiliation, including unequal access to divorce, residence of children after divorce, and property rights. Unlike Lebanese men, Lebanese women cannot pass on their nationality to foreign husbands and children and are subject to discriminatory inheritance laws”.

5- Sexual Orientation and Gender Identity: Sexual relations outside of marriage—adultery and fornication—are criminalized under Lebanon’s penal code. Article 534 of the penal code is still discriminating against homosexuals who could face up to one year in prison.

6- Refugees: The Syrian Crisis keeps getting worse every year. Approximately 250,000 school-age Syrian children were out of school during the 2015-2016 school year.

7- Legacy of Past Conflicts and Wars: The government has not yet conducted any serious investigation in regards to the fate of those “disappeared,” during the country’s 1975-1990 civil war and its aftermath.

8- Key International Actors: “Syria, Iran, and Saudi Arabia maintain a strong influence on Lebanese politics through local allies and proxies, and increasingly so as the conflict in neighboring Syria drags on”.

You can read the full report on Lebanon [here].