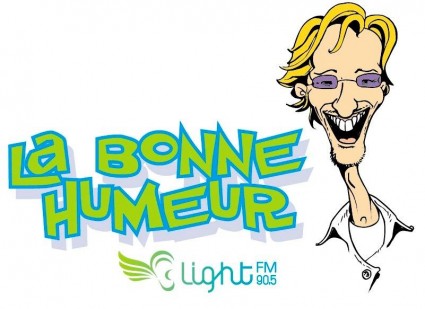 After getting sick of NRJ’s same old songs playing again & again, I gave Light FM another chance after the numerous positive feedbacks I read on the station.

Truth is I haven’t had time to fix my cd box again or install some new audio device for my car, so I am still obliged to listen to radio stations.

Anyway, after two weeks of listening to Light FM, I must say that it is relatively decent and does put a lot of ads but considerably less than Radio ones & Mix FM. “La Bonne humeur” show with Tangui is fun to listen to from time to time but can also be annoying specially when they are advertising for some product and keep repeating the same thing over and over.

Added to that, the show gives away some cool prizes, but obviously not the one I won today when I called and figured out the name of the song playing (It was Neh Nah nah nah by Vaya Con Dios). I never thought they’ll pick up but they did and I won some Cafe Maatouk goodies.

I don’t drink coffee at all, so the gift is useless to me but it still feels good to win. I am either gonna give it to the folks or make everyone at work coffee tomorrow.

PS: Funnily enough, you can only pick up your prize from Light FM at Sin el Fil from Monday to Friday between 9 am and 5 pm. Maybe Light FM missed out on the fact that not all of us work “3ala dawemet el dawoule?”