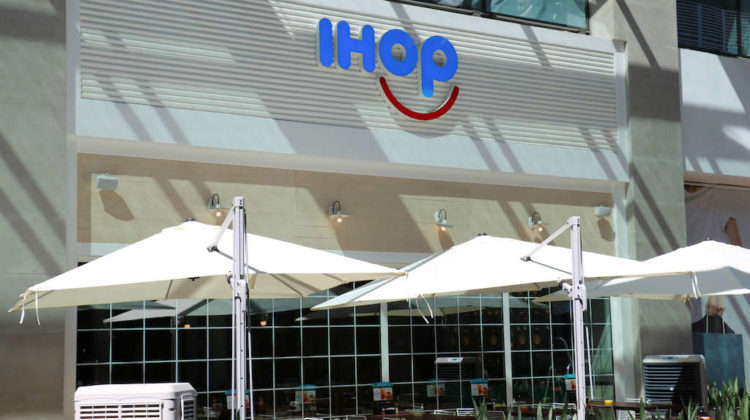 IHOP officially opened on Monday at the new The Spot Mall in Choueifat for the first time in Lebanon! I was lucky enough to get dibs though, and I went down on Saturday with my brother and a friend to try it out before anyone else.

For those of you who don’t know, IHOP stands of International House of Pancakes. IHOP is a popular American chain that serves 14 different kinds of pancakes, such as Buttermilk, Chocolate Chip and New York Cheescake (my favorite btw). However, pancakes are just a part of what they do, and they offer a wide selection of breakfast, lunch and dinner options.

Despite being in several countries that have an IHOP, like the US, Kuwait and the UAE, I’ve never tried IHOP before, so I can’t really compare Lebanon’s to the ones abroad. However, I was definitely eager to try it out, given that some of my friends swear by it, while others aren’t really fans. Plus, with 500+ years and more than 1700 restaurants, they must be doing something right. 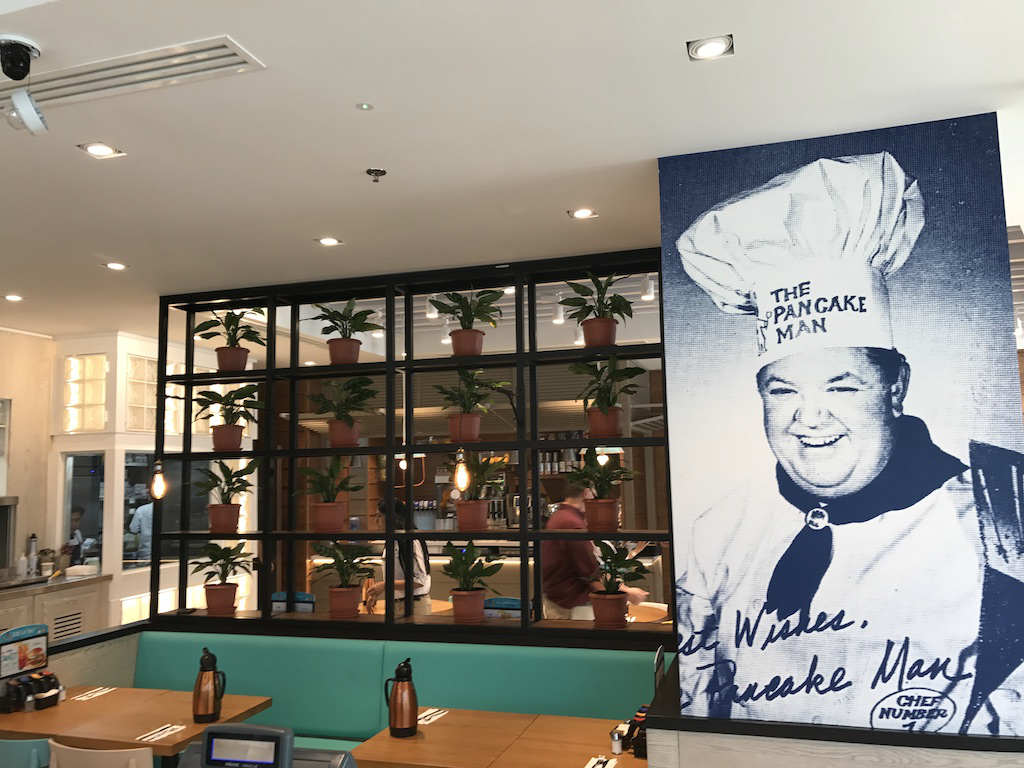 You can find Lebanon’s first IHOP on the L2 level at The Spot in Choueifat. The outdoors space is quite big, with a lot of indoor seating too. The ceiling in The Spot is mostly a big glass structure, which will be above you if you sit on the terrace area.

After choosing our table, we sat down and I spent a good 10 minutes reading their huge menu and ended up choosing the following items: 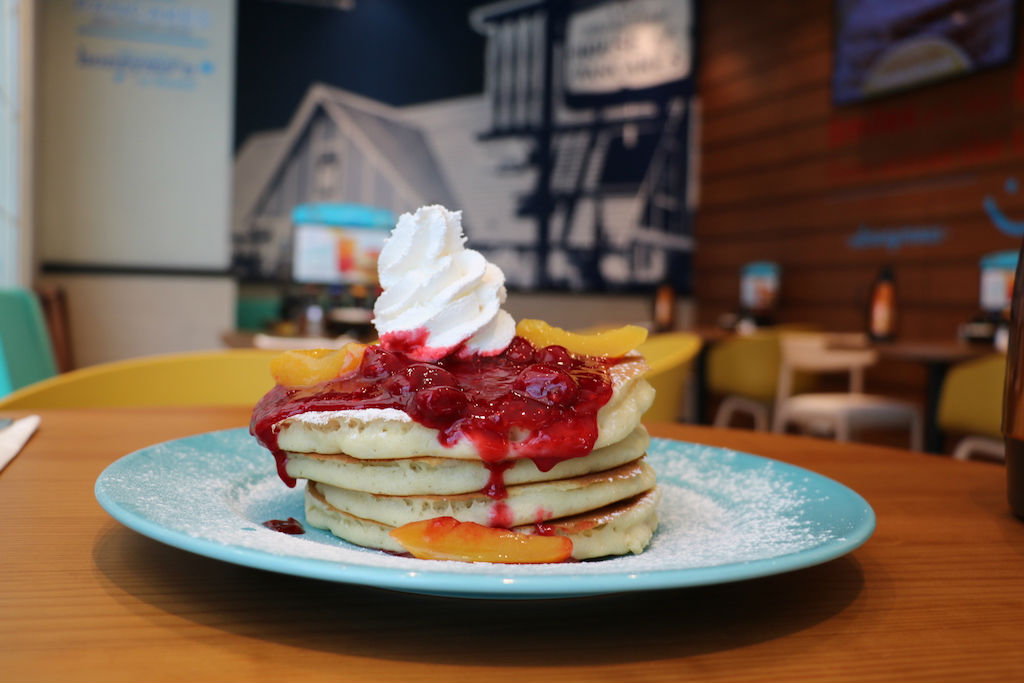 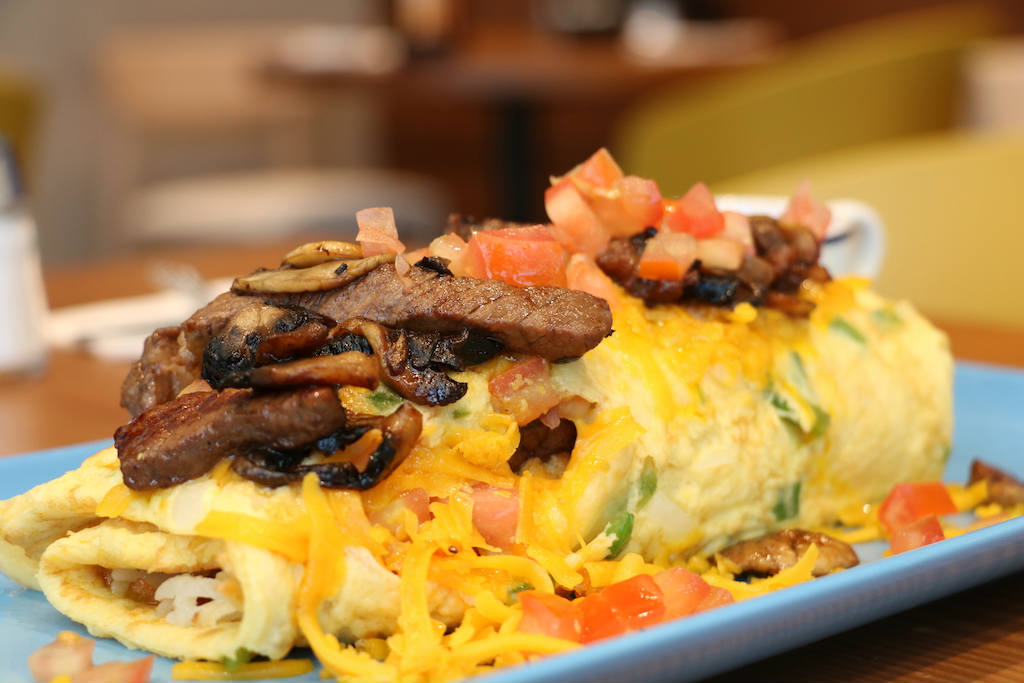 I added maple syrup to the Original Buttermilk pancakes and they were very delicious! They’re arguably the best pancakes I’ve had in Lebanon, (except maybe the ones at Le Gray Beirut). The pancakes were sweet, but not too sweet, and just fluffy enough without feeling too heavy. As for the Cinn-a-Stack Pancakes let me tell you that the picture doesn’t do them justice at all, they actually tasted much, much better than they look in the photo below.

We also had the breakfast sampler and omelette. I chose The Big Steak Omelette, their most popular one, and was not disappointed. It’s quite the hot mess of an omelette and enjoyed every last bit of it. I’m not sure I’d order it again, cause it was too many toppings and ingredients for my taste. 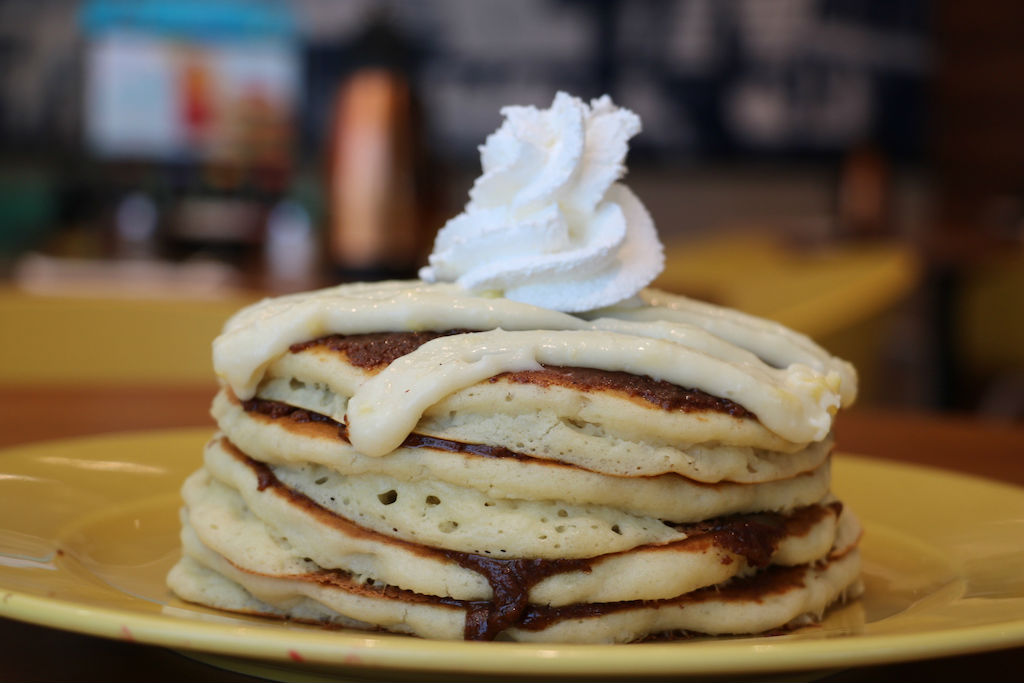 I was surprised that the burgers they served were also quite good, as you wouldn’t expect it at a pancake and waffle house. I had the IHOP Signature Bacon and Cheeseburger, and the patty was grilled just right, and the toppings were delicious too, albeit a bit heavy with the egg, cheese and bacon. 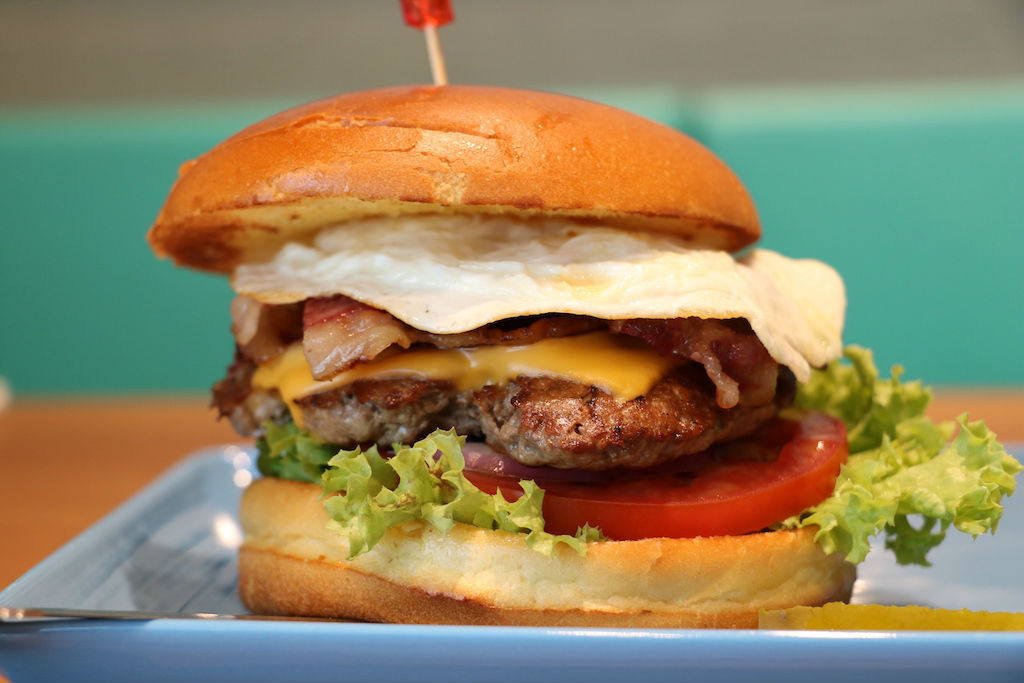 The Mozza Sticks were also good, and we got a Lotus Caramel Waffle as a surprise which wrapped up our meal quite nicely. 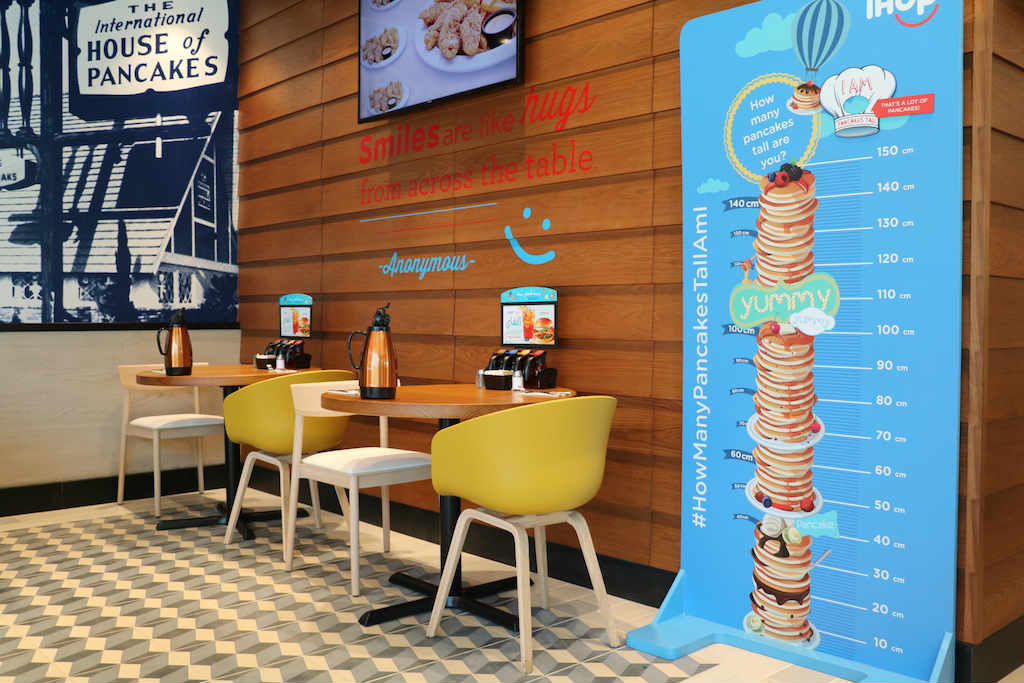 All in all, IHOP is a great place to go out with a bunch of friends and really binge on delicious food you don’t see everywhere in Lebanon, such as their signature pancakes in our usually crepe-leaning country. If you feel like trying something new, I recommend you try the New York Cheesecake ones, but if pancakes and waffles aren’t your thing, their burgers, sandwiches and omelettes are pretty good as well.

I will definitely be back soon for a more thorough review! 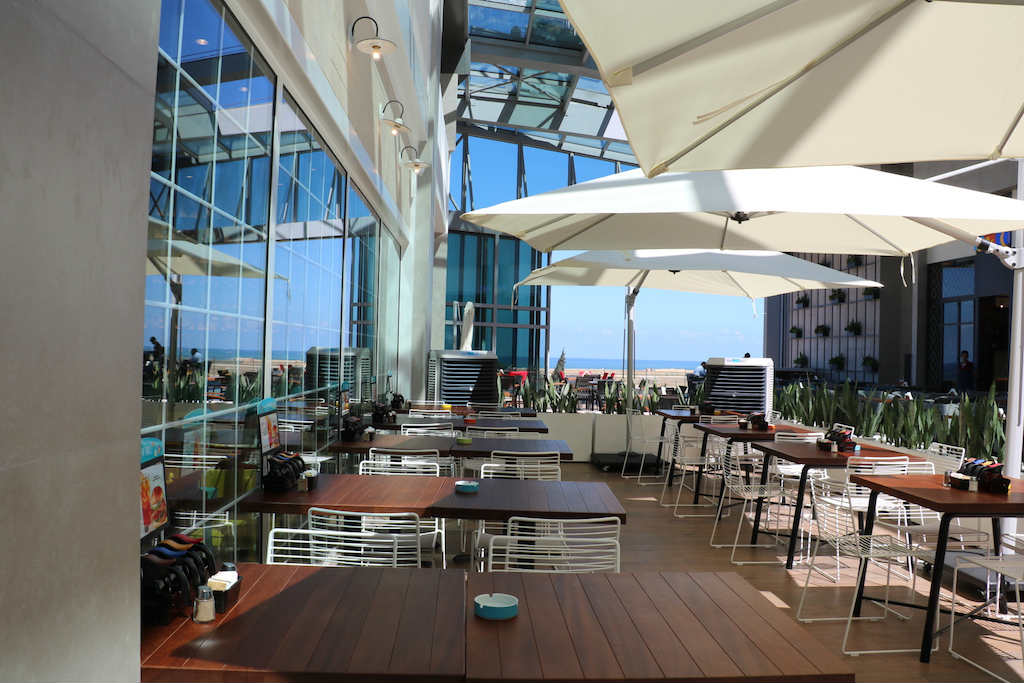