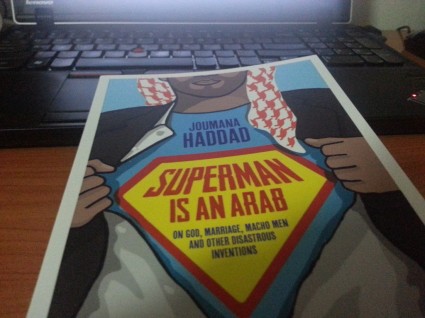 I only became aware of Joumana Haddad in 2010 after the controversy her first book ‘I Killed Scheherazade: Confessions of an Angry Arab Woman’ (Which by the way got translated into 13 languages and was universally acclaimed) caused in Lebanon, a book in which she challenges “prevalent notions of Arab womanhood and, in the process, shatters the centuries-old stereotype of Scheherazade, the virgin heroine of The Arabian Nights who won the king’s affections.” [Source]

I haven’t had time to read the book yet but I’ve been following up on her for some time and got her second book Superman is an Arab as a gift. For those of you who don’t know, Joumana works as a cultural editor of An Nahar and is a renowned Lebanese poet, translator, journalist and women rights activist. Joumana is a ferocious critic of sexism in Lebanon and the way women are perceived and she expresses her opinions in an unexpected, captivating and daring way. Her unique take on the state of women in Lebanon and the Arab world has earned her a lot of plaudit and rewards but also a good share of death threats.

In “Superman is an Arab”, Haddad turns her attention to men, decrying the ‘Superman’ of the title, a man whose “muscles are just a facade for his insecurities”, who “confuses manhood with machismo, faith with fanaticism, ethics with stale tradition, love with possession and strength with despotism.” [Executive-Magazine] 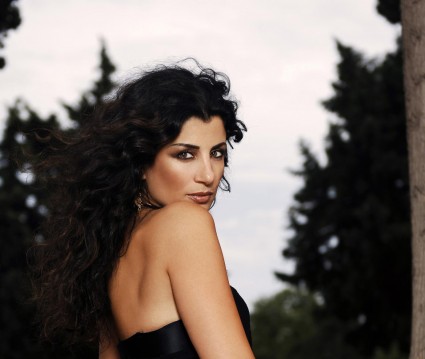 Picture from JasadMag, a glossy quarterly magazine dedicated to the body founded and run by Joumana.

The threats of murder, rape and acid attack are not scaring or slowing down Joumana, and her latest two articles are a clear proof of that. In case you missed them, [Dear Allah] and [What Women do not want] are awesome reads.

To be honest, I don’t know how she does it, but she’s more courageous than most women and men I know. I could go on and on talking about her but I think it’s enough that you read her articles to know what I’m talking about. She reminds me in a way of Gebran Tueni, a good friend of hers, who crossed all the “red” lines through his editorials and was one of the bravest, if not the bravest, newspaperman the Middle East has known.

In an interview with the Guardian, Joumana Haddad said that “she lives in a country that hates her”. Well BlogBaladi loves you and will do whatever it can to silence the haters.

Here’s a small brief on Joumana’s biography and achievements [Link].