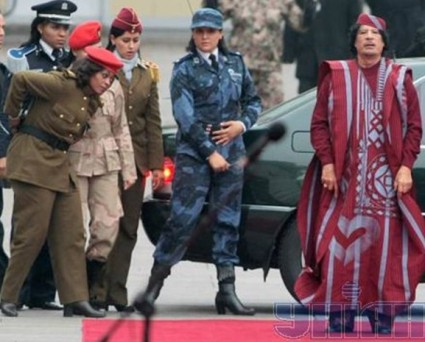 1- He has been ruling for over 43 years and is considered one of the longest serving rules of the world [Full List]. Also, he has reportedly awarded himself the title “King of Kings of Africa” title.

2- All his bodyguards are women and are hand-picked and trained by Ghaddafi himself. They are all virgins and take a vow of chastity. They also wear lipstick, jewellery, polished nails, and even high heels. [More]

4- Ghaddafi was born in a tent and since he took power has been living in tents only. No matter what country he visits, he requires a tent be set for him. Here’s a picture of the tent he set in Paris while visiting President Sarkozy.

5- Gaddafi is afraid of heights and fears flying over water and prefers to stay on the ground floor of a hotel – that is if he canâ€™t put up his tent! [Source]

6- Gaddafi is also said to rely heavily on his staff of four Ukrainian nurses, including a woman named Galyna Kolotnytska, who is described as a â€œvoluptuous blondeâ€ and having massive knockers according to wikileaks. [Link] 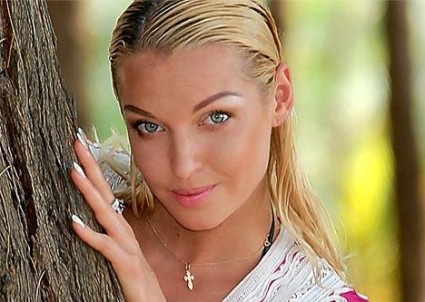