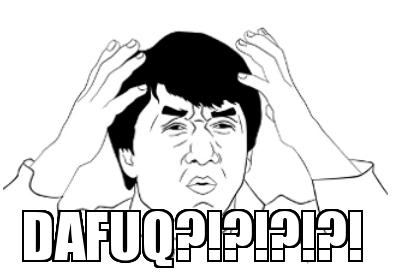 What a freakin’ idiot! Too bad there’s no footage of what happened, or maybe there is but we can’t access it because Iran decided to switch off the internet and turn to intranet. [Link]

Sadly for one man in Iran, he made just that mistake â€“ and as a result, police in Tehran are hunting a fake sorcerer who convinced the man he was invisible and so could rob banks safely.

The man’s ill-fated heist attempt started to go wrong shortly after he entered the bank, as he started snatching money from the hands of customers. For some reason, rather than being terrified of the mysterious invisible poltergeist stealing their cash, the customers quickly overpowered the hapless thief.

He explained that he had paid 5 million rials (just under Â£290) to a wizard imposter, who in return gave hims spells to tie to his arm. The sorcerer told him that they would make him invisible, and that he could then rob banks to his heart’s content. [Link]