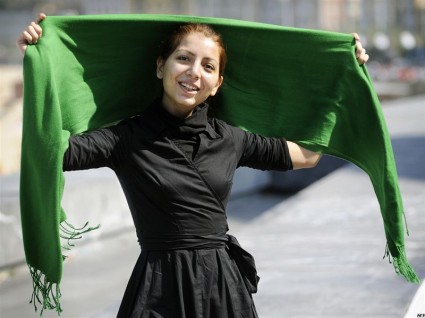 Hana Makhmalbaf’s Green days was banned for good by the ISF after it was postponed a year ago upon the Iranian president Ahmadinajad’s visit. I am guessing the reason is that it messes with the Iranian political stability which is crucial for us Lebanese of course. [Link]

The Lebanese movie “Chou Sar” will be allowed though after being banned in September 2010. Apparently, it no longer incites sectarianism now. [Link]

If only ISF were more focused on catching criminals and armed maniacs than banning cultural movies.

To read more about the movie, click here [Green days]