I don’t know much about Kreidieh but I’ve heard good things about him so far and he’s been involved in the Telecom industry for quite some time so I hope he will be bringing a much-needed change to the internet in Lebanon.

On another note, I hope ousting Youssef won’t be part of a deal to clear him from the charges of negligence and embezzlement . There are 45 reports filed against him and he needs to pay for any crimes he has committed. 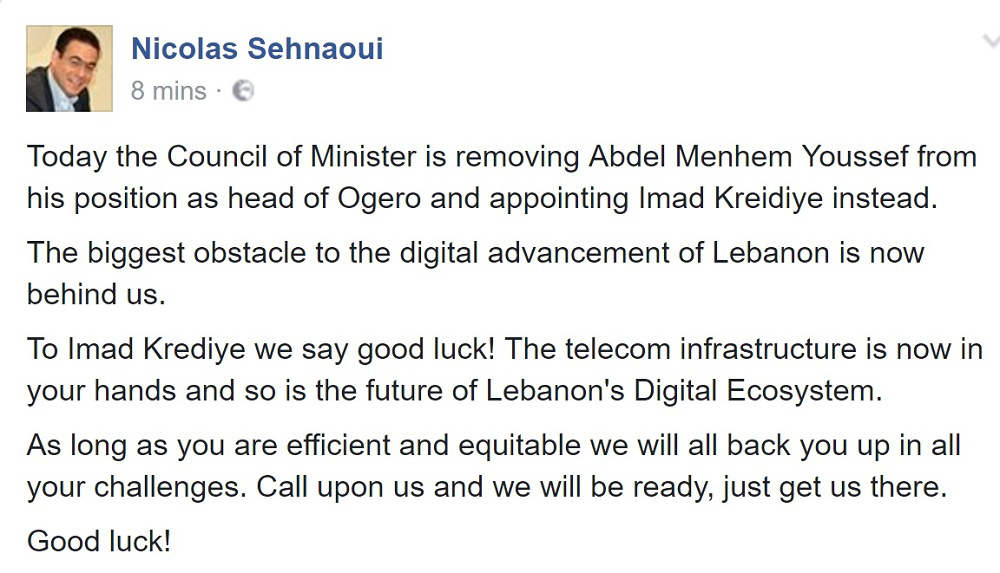