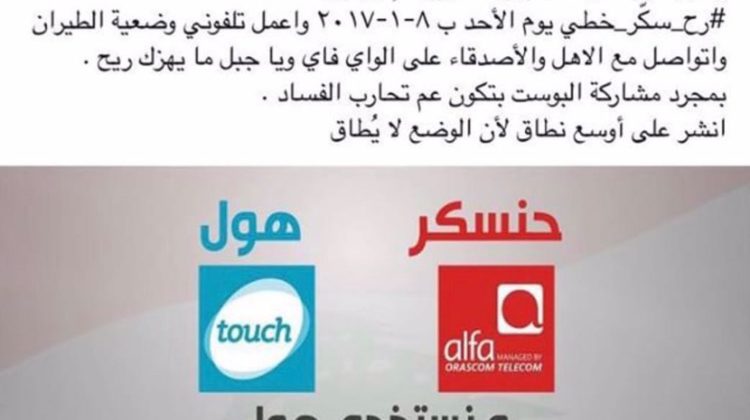 I have no idea who’s behind this campaign but I’ve seen people sharing it and some of them are convinced that they should be taking part in it to help fight corruption. Basically a group of Lebanese are asking mobile users to turn on the Airplane mode on their mobile phones on January 8th and use WIFI to make calls in order to protest Alfa & Touch’s high prices.

I am still not sure if this is a joke or not but just in case it’s not, this is a useless campaign that won’t achieve anything nor will help fight corruption. Here’s why:

– The only party you are benefiting by boycotting Alfa & Touch is Ogero since you will be using their WIFI, and in terms of corruption, there are tens of corruption charges against its head.

– If you are not satisfied with Touch & Alfa’s prices, you should protest against the Telecom Ministry since they are the ones who set the prices.

All in all, I don’t see the point from this campaign and it’s been done for all the wrong reasons. For all those taking part in it, make sure you don’t connect to someone else’s hotspot by mistake because DSL sucks (till now) 😀 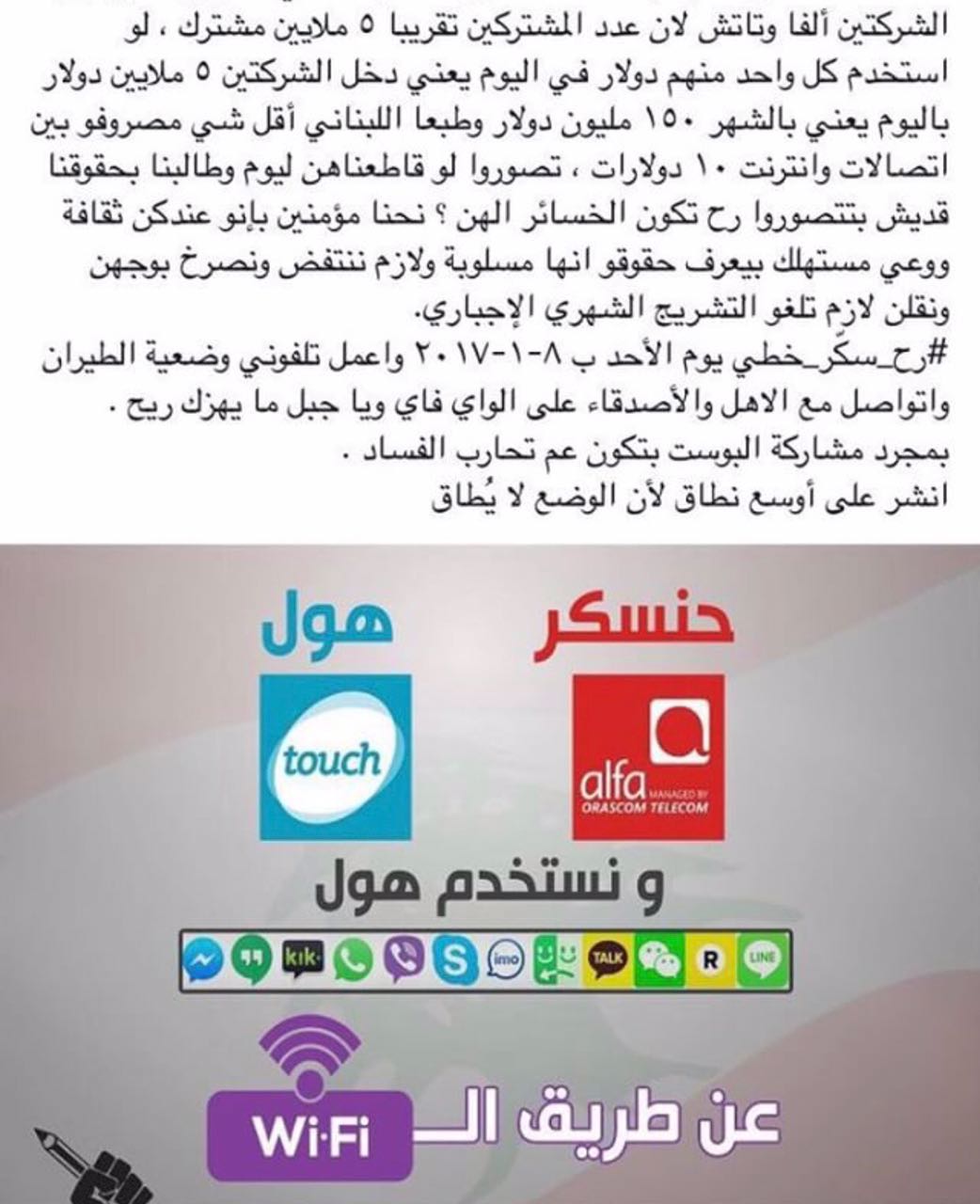