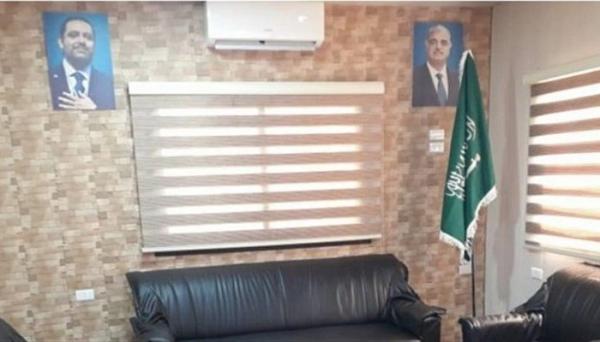 A picture was circulating last week of a Lebanese MP’s office where a Saudi flag was showing. the MP in question was Othman Alameddine and the office was indeed his. He ended up releasing a statement claiming that the picture showed one side of his office, and shared another picture showing his main desk with the Lebanese flag behind it, but the justification he gave for placing that Saudi flag was horrible.

Noting that raising non-Lebanese flags is against the law (even during a sports event like the World Cup), the MP in question could have stated the flag was raised during a Saudi official visit or any KSA-related event maybe, but instead he bragged about it and claimed it’s an honor to have the flag raised in his office as a tribute to the Kingdom.

To put things in perspective, imagine an MP in France or Germany raising a Russian flag in his office because he admires Mother Russia lol! He would probably be stripped of his position the next day, or even laughed at but that’s not the case here unfortunately.

We can be allies with Saudi Arabia or Iran for all I care, but an elected Lebanese MP should ONLY have the Lebanese flag raised in his office.