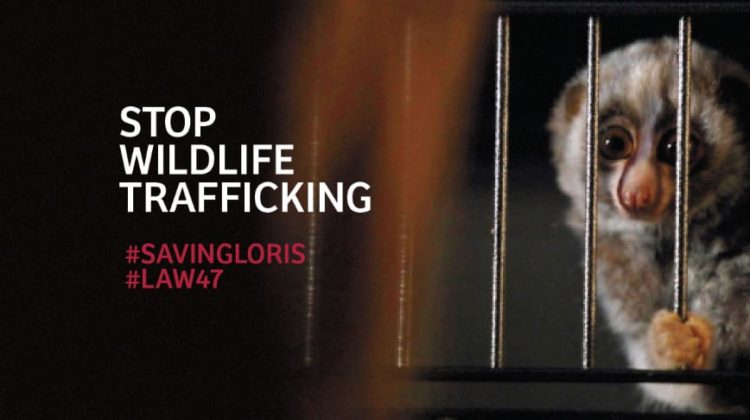 Lorises are a group of several species of nocturnal strepsirrhine primates. They are highly endangered species that somehow made their way to a Lebanese pet shop, where they obviously don’t belong. The pet shop was sharing pictures of the lorises on their instagram account and one of the pet shop staff informed Animals Lebanon that Loris teeth were to be removed, which prompted them to alert the Minister of Agriculture.

If this had happened over a year ago, the pet shop would have probably with his actions, but under Animal Welfare &Protection Law 47/2017, the ministry had to act swiftly and sent a team to confiscate loris within a couple of hours. Afterwards, the case was transferred to court by the Ministry of Agriculture and the judge issued a ruling allowing Animals Lebanon to send Loris to a proper Sanctuary.

Needless to say, the virality of such stories online and the pressure applied by NGOs and Animals Lebanon are forcing ministries to take swift actions instead of stalling and leaving the animals to die. A year ago, endangered tigers being trafficked through Beirut airport made headlines and prompted the Prime Minister to intervene and do the necessary.

Illegal wild trafficking is still a worldwide epidemic and a multimillion trade. The Lorises were being sold by a pet shop for $2,000 and there are still several endangered species being smuggled in and sold. Still, the law is at least now approved and being enforced in Lebanon, and Loris’ story is a great step forward.