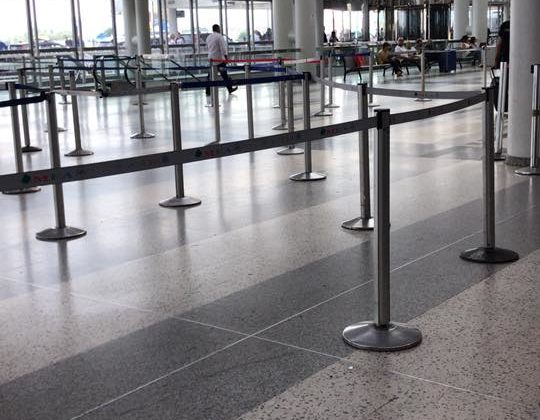 August is the busiest month for traveling as airports are generally crowded and Beirut’s airport is no exception to that. The only problem is that no additional measures are taken during this month to ease traffic and the outcome is the same every year: Passengers queuing for hours, not finding enough trolleys to carry their luggage, not getting any help from the airport staff, not finding any seatings and consequently expressing their frustration by sharing chaotic scenes from the airport on social media channels.

Public Works and Transport Ministers are always quick to blame this havoc on the lack of funding to extend and renovate the airport, which is partially true, but the real problem is the absence of any measures to accommodate massive turnouts during these busy months and the lousy management of the airpot as a whole.

Last year, I posted about 15 things that need to be changed at the airport, all of which don’t need millions of dollars to achieve but the situation got worse since then.

All you need is some proper organization and management, and the rest will follow.