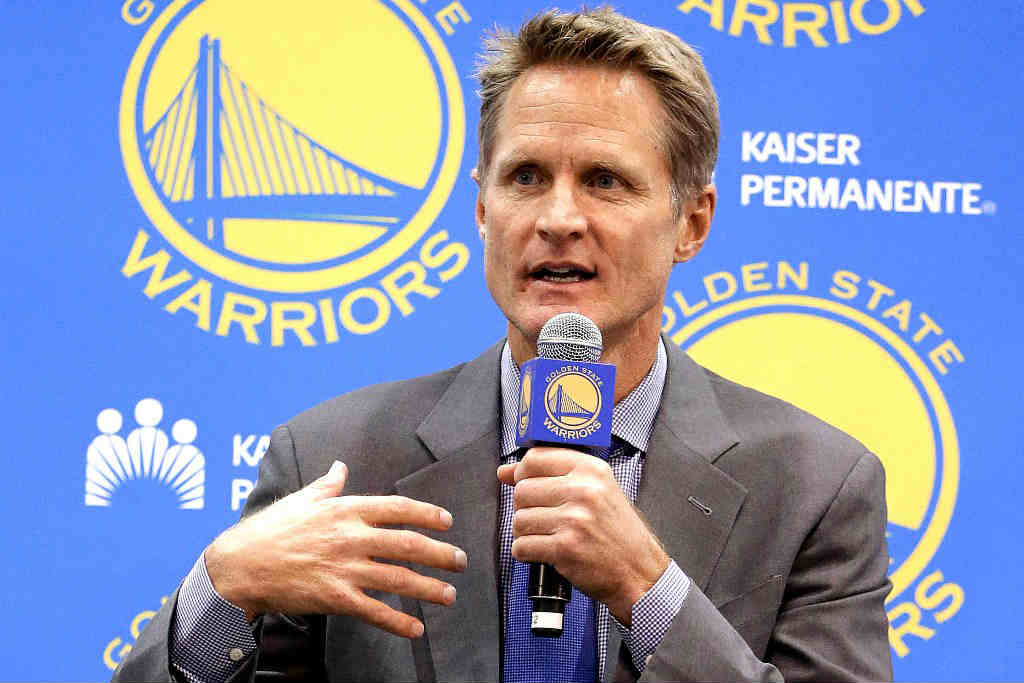 I always knew Steve Kerr was born in Beirut, ever since he won back to back championships with Michael Jordan and the Chicago Bulls. Kerr was the son of Malcom Kerr, a former president of the American University of Beirut in Beirut who was murdered by a terrorist back in 1984. Steve Kerr spent much of his childhood in Lebanon and Cairo before moving back to the US. He became the head coach of the Golden State Warriors this year and won the NBA title after defeating the Cleveland Cavaliers in the finals. That was a major achievement for Kerr and the Warriors as their last NBA title was back in 1975!

Moreover, that makes Steve Kerr the first Lebanese-born coach to win an NBA title, and what’s even more interesting is that the Cavs’ head coach David Blatt also has Middle Eastern origins, as he’s a dual American-Israeli citizen and a former Israel Defense Forces (IDF) soldier. He was being cheered by Israelis and he even addressed them after his loss stating that “When I got seven million people waking up and then feeling bad all day because we didn’t win, you know that’s a heck of a thing to carry around all day.”

I’m quite surprised no one turned Kerr’s win into a victory over Israel yet but it will come. As far as I’m concerned, I’ve always admired Kerr as a player and as a coach and it doesn’t hurt to point out he was born in Beirut. He’s a great coach and he totally deserved to win the title this year!

Here’s one of the most memorable moments in Kerr’s career, where Michael Jordan passed him the ball in Game 6 of the NBA Finals in 1997.