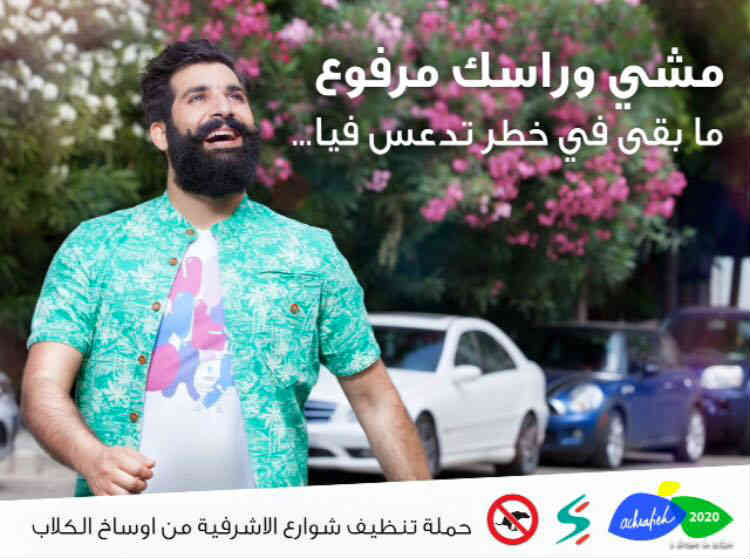 Back when bombings were unfortunately common in Beirut, I jokingly told my friend once that I’m more worried about dog poop than car bombs in Achrafieh. They are everywhere and you can’t walk around anywhere without looking down and making sure you are not stepping on dog poop. It’s gross and disgusting and Achrafieh residents are mostly to blame for that, specially those who are too disgusted to pick up their dog’s poop but don’t mind polluting the street and their neighborhood.

I’m glad Achrafieh2020 and Sukleen have teamed up to clean Achrafieh streets from dog poop and I love their slogan but I doubt that it will change anything. I honestly believe people who don’t pick up their dog’s poop should be fined just like everywhere else in the world, or even better, someone should track them down pick up their dog’s poop and put it on their front door.

Until then, let’s support this campaign by reporting any poop spotted on the streets, and let’s hope it will be followed by an awareness campaign aimed at dog owners.