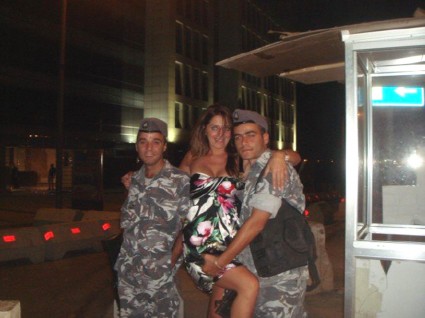 To sum up the article published today in Al-Akhbar newspaper, a Lebanese police officer in charge of guarding prisoners at Nabatieh’s justice palace raped on February 14th a Bengali woman behind bars and was only sentenced to 1 day by a local judge!

Fortunately though, after the Bengali woman was transferred to Baabda prison, the prison warden noticed the bruises on her body and asked her what happened. As a result, the case was reopened and Judge Sakr Sakr ordered to keep the officer detained until further notice. I am not sure if we should be happy about the outcome, because the officer will probably be released within few days or weeks and reinstated soon after, but it’s better than nothing.

The sad part is that the Bengali woman was jailed in the first place after she ran way from her employer for undefined reasons. Did anyone bother investigate if they were beating her? raping her?

Last but not least, why doesn’t anyone point out the name of the judge who sentenced the man to 1 day in the first place? It’s unacceptable that they stay in their position without any punishment.

In other related news, U.N. human rights experts on Tuesday urged the Lebanese government to investigate the death of an Ethiopian housemaid, named Alem Dechasa, who committed suicide a few days after she was beaten by a man in Beirut. [Naharnet]