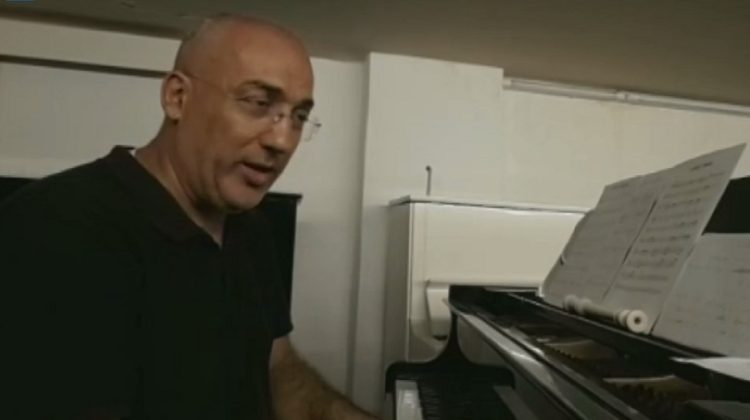 A beautiful music coming out of a dark spot next to Saint Jean-Marc Cathedral’s in Jbeil caught Ralph Aoun’s attention and he decided to share a video on Facebook of this mystery piano man who was performing alone in the dark. The video quickly went viral and was later on featured on LBCI’s 11:30 News Bulletin by Raneem Bou Khzam who went on to interview the pianist in question and reveal the full story.

The pianist turned out to be Pierre Basbous who performs regularly at the Saint Jean-Marc Church during classical concerts or masses. The piece he was playing that night was entitled “Marianne” and dedicated to a pianist female friend who is battling her sickness.

This is a beautiful story that is definitely worth-sharing, unlike most of these music videos by half-naked attention seeking so-called artists that have gone viral recently in Lebanon. Thank you Ralph for bringing it up and Raneem for introducing us to Pierre Basbous.

You can watch the LBCI report starting Minute 12:00 [here].

PS: The story was also originally shared in a blog-post by fellow-blogger and friend Nadine