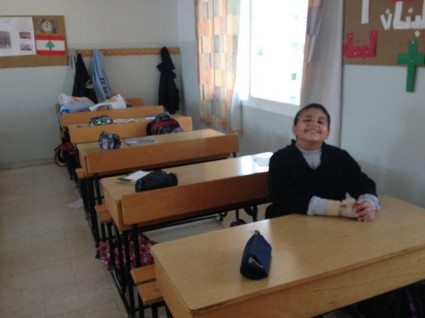 Jennifer Chedid is a 10-year old girl who was severely wounded during Achrafieh’s bombing a month ago. She was rushed to the hospital and her condition was critical but the brave young girl refused to die, fought back and recovered. Today Jenny is doing well and back to school with her friends.