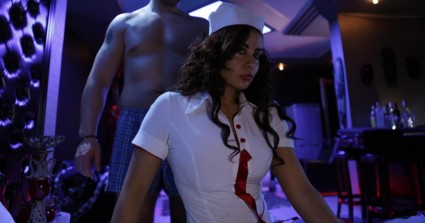 Picture from the movie’s FB Page

The movie is a romantic comedy of a prostitute in 3D. It’s supposed to be funny and from what I read offers a satirical approach to certain topics in Lebanon.

Having said that, I don’t know on what basis the order of nurses filed a lawsuit against the movie for disrespecting their profession. If they don’t know much about prostitution and how it works in Lebanon, I am sure many super nightclub owners would be more than delighted to give them a brief intro on the topic. 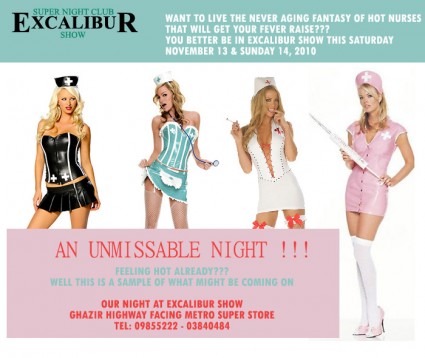 Actually, and in order to make it easier, I invite them to attend one of Excalibur’s unmissable nights where “they can live the never aging fantasy of hot nurses”. Excalibur, as well as regular night clubs and pubs, organize quite often theme nights with sexy cops, teachers, doctors, school girls etc…

Put aside prostitution and super nightclubs, Barbara (Lebanese version of Halloween) is on the way and there will be plenty of naughty nurses costumes all over the shops, not to mention Halloween movies on TV with girls dressed as naughty nurses. 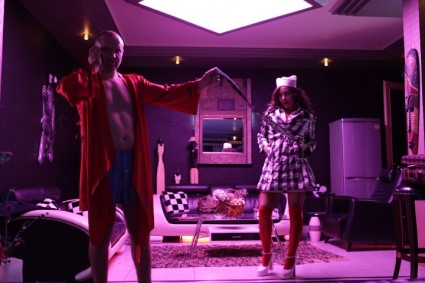 The point from all this post is that no one’s disrespecting nurses or cops or teachers, and that the lawsuit is silly and should be ignored by the censorship bureau. In fact, I don’t see the ISF censoring movies that show a girl dressed as a naughty cop or asking Excalibur to take out such costumes.

Last but not least, I urge Lebanese to stop taking hits at Lebanese directors and give their movies a chance instead of asking for their ban or censoring them. If some can’t handle 18+ movies, they can stick to Turkish-Syrian-Mexican TV series.