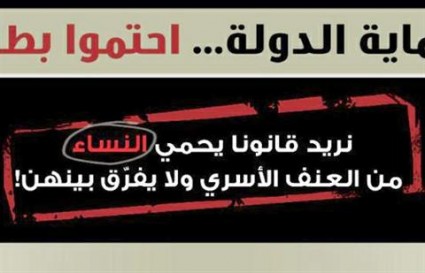 This is not enough but definitely a step in the right direction. I wonder though if this vote is legal considering that the parliament’s term has expired over a week ago.

The joint parliamentary committees approved on Monday a draft-law on the protection of women from domestic violence, a major step towards helping women become first-class citizens in multi-confessional Lebanon.

If passed by parliament, the law would come under the penal code — under which cases are referred to a criminal court — rather than personal status laws, which are ruled on by religious authorities. [Naharnet]