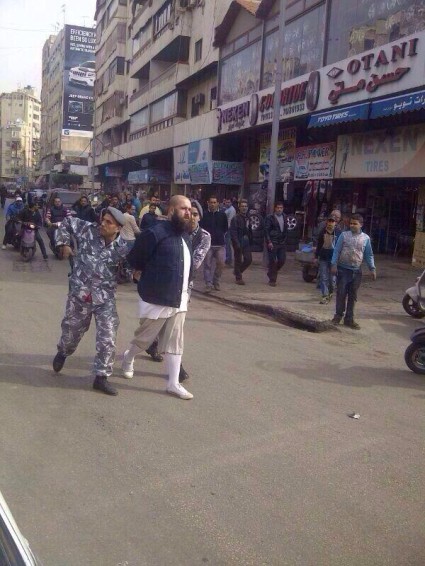 It’s great to hear that Rifi is against arresting people for just having a beard, but this goes beyond Tripoli and concerns non-religious people who just like to grow a beard. Clear instructions should be given to all security forces to treat respectfully any (unarmed of course) suspect and apologize to those held by mistake.

“Whoever did not fight against the Army should be released and we refuse to accuse or detain any conservative person under the pretext of him being bearded,” the minister said at the Harba Mosque in the northern city of Tripoli, where he had toured damaged shops and met with several people there. “In Tripoli we pride ourselves with our religion and our commitment to it.”

There have been numerous reports that some of those arrested in the crackdown were targeted for their facial hair, due to the association of wearing a full beard with jihadis. However, Salafis – who also are known for maintaining a full beard – protest that they are unfairly being lumped in with militants.

“As a minister, I will give this case priority and speak to the Army commander about [young men who were falsely detained] and we thank the commander for his recent remarks when he said Tripoli residents were not terrorists but supported the military,” Rifi said.