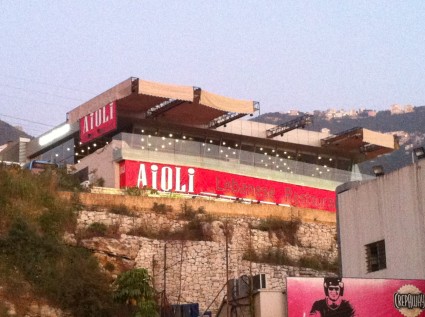 I was at Crepaway Maameltein yesterday when I noticed Karam Restaurant had closed down and a new restaurant, called Aioli is opening instead. It hasn’t been a year that it opened in Maameltein and in Ajaltoun and it’s already closed!

I am not sure anymore that it’s the same Karam as the one in DownTown. I went there twice and I didn’t feel the food was as good as the original one but that doesn’t mean anything.

On the other hand, Saniour opened a new location few months back next to Karam and Al-Balad and it’s always crowded and full.